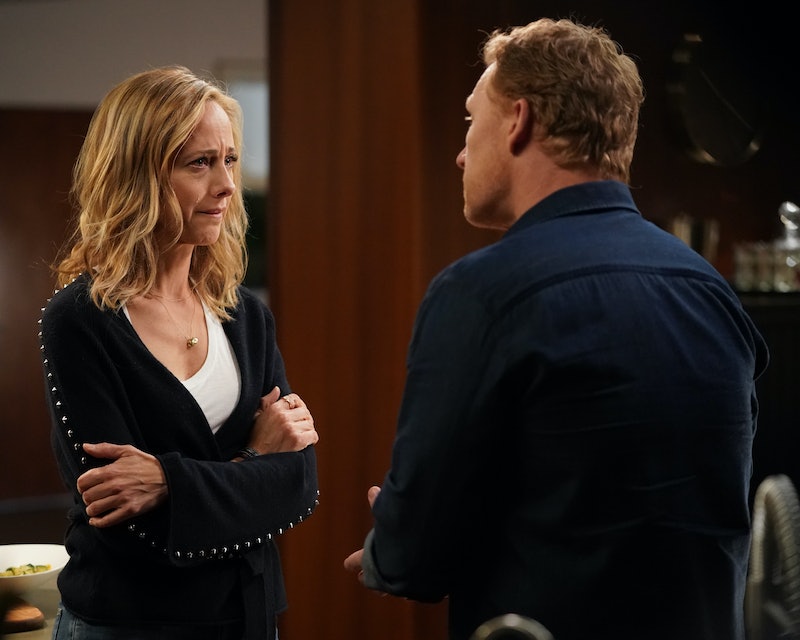 Things aren’t looking too great between Meredith and DeLuca in the romance department and Jo was just abandoned by her husband, and to round out the romance drama, Teddy cheated on Owen on Grey’s Anatomy. So it looks like everyone's love lives are a mess. Considering the steamy kiss she shared with Tom Koracick at the end of last week’s episode, it doesn’t seem to be a one-time occurrence either. Alas, the truth has a nasty way of coming to the surface when you least expect it and it’s only a matter of time before Owen becomes aware of what’s going on — or even worse, catches them in the act. So it’s not really a question of will he find out, but rather when.

Whether you’re a fan of Owen or not, it’s difficult to defend Teddy’s drastic actions as of late. Initially, she seemed thrilled to be with Owen and made it seem like them being together was everything she ever wanted. And yet, she was so willing to throw it all away just over the mere possibility that Owen was the father of Amelia’s baby. Sure, it may have tapped into her insecurities about their relationship, given how much Owen used to love Amelia. But she acted out before even talking to Owen about it, and now, as it turns out, her worry was all for nothing.

Link is the father of Amelia’s baby, not Owen, which means Teddy just threw a huge wrench in her engagement for absolutely no reason. But now that the truth is out there, will she continue her love affair with Tom? Even if she does decide to call it quits, that doesn’t necessarily mean she’ll come clean about her actions to Owen — at least not right away — and that lack of honesty could ultimately end up doing way more harm than good.

Kim Raver, who plays Teddy on the series, discussed her character’s story arc for Season 16 while speaking with TV Insider at the ABC summer Television Critics Association press tour in September 2019 and hinted that the cardio-thoracic surgeon would have some difficult decisions to make about her future. “Teddy is going to be figuring out what is the best relationship for her and her new child,” Raver teased. “I think that is going to go through many different amalgamations over the season, which will be quintessential Grey’s. There will be comedy and maybe heartache… maybe not?”

Those remarks aren’t extremely specific, but it could be a reference to the internal struggle Teddy appears to be facing right now. Does she want to be with Owen, a man she’s loved for most of her adult life but isn’t completely sure she can trust? Or would she prefer to to be with Tom, who is reliable and easy and loves her to a fault?

It might be good for Teddy to get away from Owen. Sure, they've been back and forth and in love with each other for decades, but Koracick seems to make her really happy. And her relationship with moody Owen has always held her back in some way or dictated the personal moves she made in her life. With Koracick, she actually seems happy and empowered, something she never is with Owen. Maybe it's time for her to move on for good.