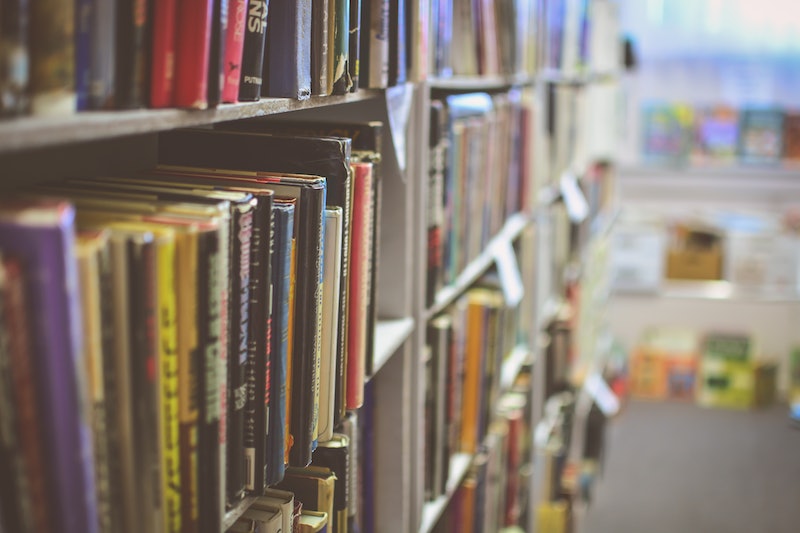 A group of five teenage boys who vandalized a historic black schoolhouse with racist graffiti have been sentenced to probation for their crimes, with a little something extra: the teens must read diverse books as punishment during their probation, and will report on one book each time they visit their probation officers. The 16- and 17-year-olds have a list of 35 books and 12 movies to choose from, each of which focuses on the lives of ethnic and religious minorities.

The historic Ashburn Colored School in Ashburn, Loudon County, Virginia "taught the county’s black children from 1892 until the 1950s," according to the Richmond Times-Dispatch. The school is currently being restored by students at the Loudon School for the Gifted, who will turn it into a museum.

After one of them had a reported falling-out with that private school, the teenagers vandalized the historic building on the night of Sep. 30, 2016. They spray-painted swastikas, "white power," and "brown power" on three sides of the schoolhouse, which had remained undisturbed on the site for 60 years. Deep Sran, the founder of the Loudon School for the Gifted, lamented the timing of the attack, which took place just after restoration began, saying: "The moment you bring attention to what it is and that it’s being restored somebody decides to deface it."

The Richmond Times-Dispatch reports that prosecutors determined that the teens "were motivated more by teenage naivete than by racial hatred," and devised a sentence that would punish the teens — all of whom have clean records — without a finding of guilt.

The daughter of a librarian, Deputy Commonwealth’s Attorney Alex Rueda came up with the reading punishment as a way to teach the teens "about race, religion, discrimination, all of those things." The book list includes titles by Alice Walker, Elie Wiesel, and Khaled Hosseini.

Some people may say that the punishment does not go far enough, and I am inclined to agree. I find it difficult to accept that, at the age of 16 or 17, the boys who did this did not understand the magnitude of their actions — the meaning of a swastika and "white power," when painted on a historic black schoolhouse. Reports state that three of the boys are members of ethnic minorities.

As it stands, the teens must read and report on one book each month, visit the U.S. Holocaust Museum with their families, and listen to an Ashburn Colored School student talk about her experience and education there. They are also required to write:

a research paper explaining the message that swastikas and white power messages on African-American schools or houses of worship send to the African-American community as well as the broader community, which includes other minority groups.

All of these requirements must be met within the 12-month probationary period in order for charges against the teens to be dropped.

The books the teens have to choose from are:

What do you think of this punishment for racist vandalism? Let's talk about it on Twitter!