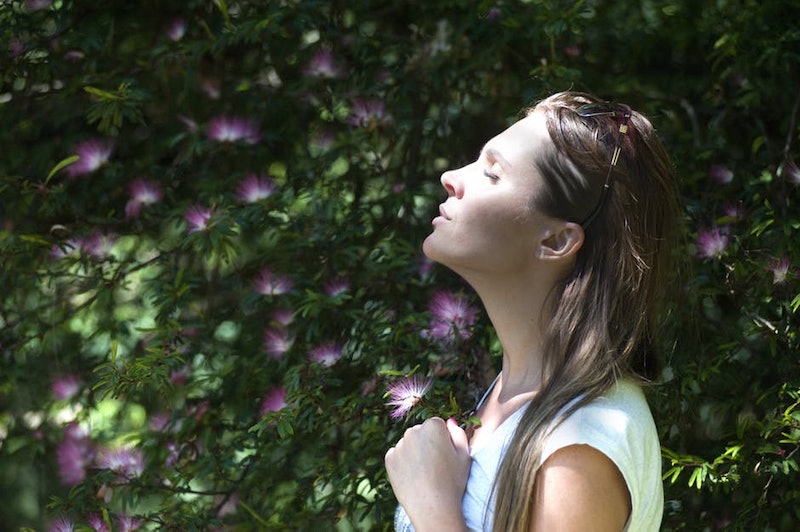 It's something we all do but won't readily admit: tell white lies. And while we've all been there at least once in our lives, recent research has made an interesting discovery — people with a certain personality characteristic are more likely to tell white lies. Who are these people, and what evil trait do they possess that makes them more comfortable with lying than the rest of us?! Hold it right there, because there's more to it than that.

Telling a white lie — or what science calls "prosocial deception" — isn't necessarily malicious just because it has the word "lie" in it. Yes, we know lying is often bad. But a study recently published in the Journal of Experimental Psychology: General found that people who are more compassionate are the ones who tend to tell white lies more frequently than others. The reason they're doing it, the researchers found, was ultimately to avoid hurting another person's feelings — in order to prevent causing emotional damage, or to encourage a more positive outcome for the people around them.

This isn't the first time research has found that white lies could not only be OK, but even helpful. Other studies have pointed to a similar conclusion — that prosocial deception can help maintain bonds and even strengthen them.

A white lie isn't taking money out of your roommate's wallet and then denying it. Instead, as suggested by this study, a white lie might mean telling a coworker you like her new haircut when you really don't. By telling this innocent fib, you avoid hurting this person's feelings and straining your workplace relationship, which is for the best — because truthfully, you know that your opinion of her hair is completely irrelevant anyway. The point is not to try to deceive them. The point is to spare their feelings over something that isn't really significant to your relationship.

We all tell white lies in all kinds of relationships, including our romantic ones; and Susan Orenstein, Ph.D, a licensed psychologist and relationship expert, says that this is perfectly common. Really, it's a form of kindness, not a kind of serious deception. A serious deception would be a lie you tell to protect yourself, as opposed to your partner. This bad type of lying also has a name: antisocial lying. This is when we lie to cover up something we did wrong or to try to get our way. Such an act could obviously damage your relationships with other people.

White lies do the opposite.

So remember: lying is an umbrella term that carries more specific variations. And while antisocial lying is obviously something to avoid, there are times when telling a lie is alright.