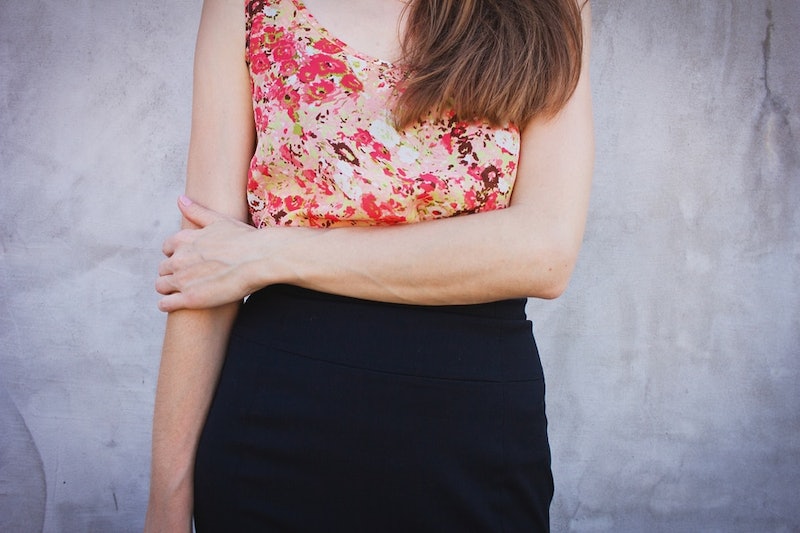 Think back over your day so far. Have you been entirely truthful with everyone you've met? If not, then join the club. Many of us think telling white lies is OK, and happily do so all day long.

That's because white lies often come from a harmless — even kind-hearted — place. You might tell a friend you love their outfit, even though it's not your favorite. And you definitely tell your SO dinner was delicious, despite it being quite the opposite. See what I mean? In these situations, a little lie is polite, right, and just what the person needs to hear.

Of course, the occasional white lie can benefit your life, too. They can save your job, prevent an argument, or smooth an awkward social situation. These are all, in my opinion, totally worthy reasons to twist the truth.

Be careful, though, since lying can quickly get out of control. Tell the wrong kind of lie, or too many, and you'll have quite the tangled web on your hands. That's why the truth is the best option 99.9 percent of the time. "In my book, honesty is always the best policy and relieves the burden of carrying that weight all together," says Life-Well's Dr. Michele Barton, in an email to Bustle. But if you want to know when it's acceptable to drop a lie, read on for 11 times it might just be OK.

1. When You Want To Cancel Plans

There's often no way to cancel plans without sounding like a horrible person — especially when it's because you'd rather sit at home alone. If you have understanding friends, go ahead and tell them the truth. But sometimes it's so much easier (and kinder) to drop a bit of a white lie. Tell them you don't feel well, or that you have work to do. Just make sure you cancel in a timely fashion, according to lifestyle writer Julie Gerstein on TheFrisky.com. It won't feel as rude if your friends have time make alternative plans.

2. When Asked For Your Personal Info

If your coworker is prying into your personal life, or someone at the bar is demanding your phone number, then it may be time to save yourself with a white lie. "You are not required to share this information and if someone doesn't respect that, they might not leave many other options," Barton says. "But still, stating you are not required to disclose would be sufficient."

3. When Running Late To Work

If you have a super strict job, then you know the awfulness that is running late to work. "Usually, it's OK. People understand. But every once in a while, you’ll need an explanation," said Catherine Conlan on the career site Monster.com. This is especially true if you have a boss who will sooner fire you than put up with tardiness. If it means saving your job, then telling a white lie is totally acceptable.

4. When Complimenting A Friend's Appearance

Did your best friend just get a bizarre haircut? Is your coworker at happy hour in a questionable outfit? If they ask for your opinion, it's OK to tell them they look great — even if you highly disagree. "We are not obligated to tell the whole truth if it hurts someone’s feelings," said Robi Ludwig, Psy.D., on Today.com. Besides, your friend can't grow her hair back and your coworker can't go home to change, so what would it help anyway?

5. When Someone Asks How You Are

If you say "I'm fine" when someone asks how you are, more often than not you're telling a white lie. And that's perfectly OK. Not only do you not have to share, but they likely don't have the time to listen anyway. So keep it short and leave it at that — no guilt necessary.

6. When Preserving A Kid's Innocence

Go right ahead and spin tales for your nieces and nephews. "A little white lie like mentioning the tooth fairy or Santa Claus is acceptable when it protects a child’s innocence or creative imagination," said Ludwig. Same goes for leaving out the details about where babies come from, or creating a side story to hide family drama. They can learn the truth when they're ready. No harm done.

7. When Talking To A Sick Friend

Has your roommate been fighting off the plague all week? If so, go ahead and tell her she's looking better — even if she's not. Of course you should tell the truth if you're worried (or if she looks truly bad), but if she's just beating herself up then go ahead and lift her spirits. A quick word of encouragement could be just what she needs to hear.

8. When Partaking In Someone's Cooking

If your partner made dinner and it tastes... interesting, it's totally OK to just say "thank you" and move on. But sometimes the situation calls for a compliment or two, at which point it's acceptable to tell a white lie. Tell him it was the best pasta ever, or that you loved her new take on the traditional American meal. "Mild false truths make it easier for people to get along and are primarily harmless in most cases," Ludwig said. So go ahead and punch up those compliments.

9. When You Need An Ongoing Fight To End

If you've been squabbling with your partner for days, it may be time to swallow your pride and concede. Say you're sorry, tell them they're right — do whatever you gotta do to put an end to the whole thing. "Whether you actually mean it or not doesn’t really matter," said relationships writer Courtney Hardwick on TheBolde.com. "If it’s just a little disagreement, there’s no harm in letting [them] have this one, just for the sake of your sanity."

10. When Listening To Someone's Stories

Your SO may regale you with stories of days gone by, and it may be boring. But hey, that's part of being in a relationship. Everyone has stories to tell, and they enjoy being heard. So go ahead and tell your partner it's great they wrote a play in middle school, and it's wonderful they won a poetry contest in second grade. You don't have to read any of it, but you can feign interest for their sake.

11. When Receiving An Odd Gift

Is your grandma known for re-gifting old cookware (with ancient crumbs included)? If so, it can be hard to smile and graciously accept her gifts. And yet that's exactly what you should do, according to etiquette expert Richie Frieman on QuickandDirtyTips.com. You can even go so far as to say you love it, if it would make her happy.

After all, that's what white lies are really all about — sparing people's feelings, smoothing over awkward social situations, and getting you through the worst of them as painlessly as possible. And there's nothing wrong with that.