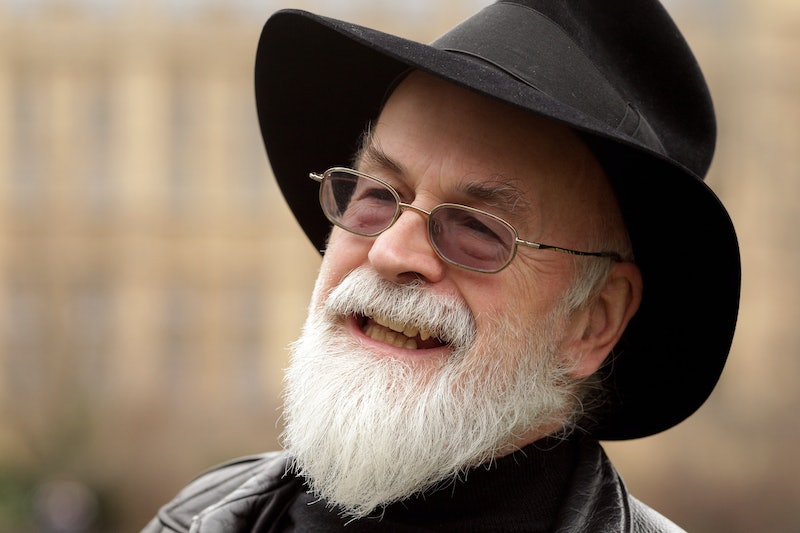 Terry Pratchett passed away in 2015, and now his literary fragments have made the journey with him. All of Terry Pratchett’s unfinished novels were destroyed by steamroller at the Great Dorset Steam Fair last Friday, per the author’s final wishes. The destruction of the beloved English writer’s hard drive comes just in time for the September opening of the Salisbury Museum’s Terry Pratchett: HisWork exhibition.

Appointed OBE in 1998 and knighted in 2009, Sir Terry Pratchett’s career began when he sold his first short-story at the age of 13. The late author brought laughs to science-fiction and fantasy fans with his Discworld series, which spans 41 novels, 19 ancillary works, and several stage, screen, and video game adaptations. In addition to Discworld, Pratchett wrote several other series, including Johnny Maxwell, The Long Earth, and the Bromeliad Trilogy. In 1990, he collaborated with longtime friend Neil Gaiman on Good Omens, an adaptation of which is scheduled to arrive on Amazon Prime Video in 2018.

The last Discworld novel, The Shepherd’s Crown, appeared in stores six months after the author passed away from Alzheimer’s Disease at the age of 66. Pratchett’s final novel was 2016’s The Long Cosmos, the conclusion to his Long Earth series, co-written with Stephen Baxter.

A vintage steamroller named Lord Jericho was responsible for ending the life of Pratchett’s hard drive. The events were live-tweeted to Terry Pratchett's official Twitter account by estate manager Rob Wilkins. The crushed hard drive will go on display in September as part of Terry Pratchett: HisWork, which opens on Sep. 16 and will run through Jan. 13, 2018.

More like this
'Bridgerton' S3 Teases Exciting Social Season For Penelope Featherington
By Bustle
The 'Firefly Lane' Book Ending Teases Way More Tears To Come In 2023
By K.W. Colyard
The 'Lady Chatterley's Lover' Book Leaves Us With A Troubling Question
By Catharina Cheung
'A Spy Among Friends' Is Based On An “Intimate Betrayal”
By Sam Ramsden
Get Even More From Bustle — Sign Up For The Newsletter