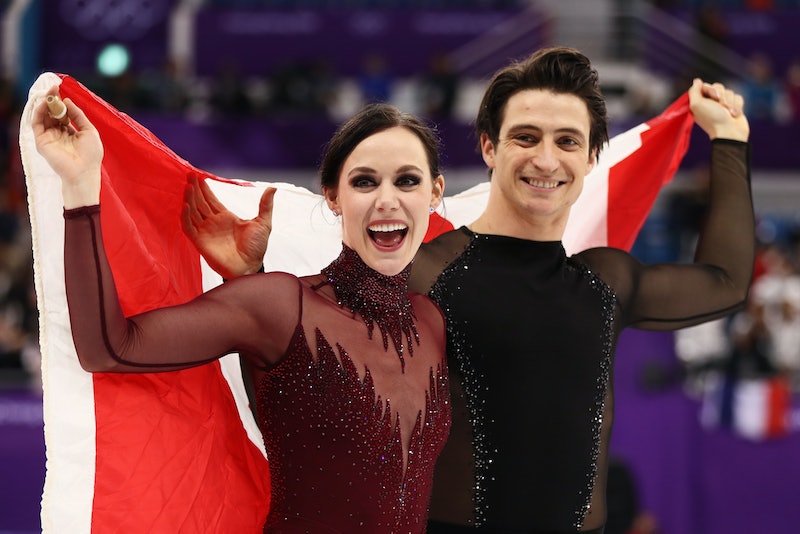 Some bittersweet news this morning for figure skating fans: Canadian ice dance duo extraordinaire Tess Virtue and Scott Moir are retiring. After 22 years of competition and a veritable trophy room full of awards and records, the pair will be “[stepping] away from the sport” at the end of the year, as Virtue put it herself. Considered by many to be one of the greatest ice dancing teams in skating history, Virtue and Moir’s absence will be keenly felt on the competition circuit moving forward — but at least we’ve got more than two decades’ worth of incredible skating to remember.

Virtue and Moir announced their retirement late Tuesday night, posting a video they had shot together at the rink to both of their Twitter pages. “We didn’t know how to tell you, but the best way for us is to just go where we’re most comfortable,” said Moir in the video as the pair skated around the rink.

“This is home for us,” Virtue agreed before going on to drop the big news: “After 22 years, it feels like the right time to step away from the sport,” she said. They’ll skate the Rock The Rink tour they’re headlining this fall from Oct. 3 through Nov. 27 — and after that, they’ll draw their competition career to a close. They exit as the longest-standing ice dance team in Canadian history, as well as the most decorated ice dancers in Olympic history. “We’re just so grateful,” said Virtue in the video. “How lucky are we, really, that we’ve gotten to share all of this together and with all of you?”

Here’s a transcript of the video, as well, in case, as sports journalist Max Gao put it in his tweet featuring the transcript, you “can’t bring yourself to watch (or rewatch)” the whole, emotional thing:

The announcement isn’t exactly a surprise; after they secured two more gold medals at the 2018 Winter Olympics in Pyeongchang, South Korea, it was expected that they would soon retire, as the Huffington Post noted, going out on a major career high. Indeed, Moir commented to the Associated Press following their last Olympic win, “It definitely feels like we are close to the end of our career, and we are very proud of this. We came back to win the second gold medal; that was the goal.”

Even so, though, fans of the team are bereft at the thought of an ice dancing world without Virtue and Moir, if Twitter is anything to go by — although they’re also smiling through their tears. “My heart hurts and knew this day had to come. Thank you @tessavirtue @ScottMoir for sparking my love in ice dancing and sharing this beautiful 22-year journey with us,” wrote one fan. “It was such a joy to watch. [Your] legacy will live on and keep inspiring so many.” Wrote another, “It’s been an absolute honor watching you skate, both on tours and for our country! You’ll be missed. From [Canada] to you both, THANK YOU.”

One simply posted a video of Virtue and Moir’s Moulin Rouge routine, which secured them one of their Pyeongchang gold medals, along with a playful graph about the skaters’ cultural impact:

Moir and Virtue began skating together in 1997, paired up by Moir’s aunt, Carol, who had coached both of them for singles. (Moir comes from a skating family; as Kate Virtue, Tessa’s mother, put it in the ice dancing duo’s book Tessa and Scott: Our Journey from Childhood Dream to Gold, per the Huffington Post, “You could pick the Moir kids out by the way they skated. They were the best in the rink.”) Over their many years together, they’ve smashed records again and again; their first season at the Olympics, for example, which occurred at the 2010 Winter Games in Vancouver, they took the gold for their free dance, becoming the first skaters to score four 10.00 marks under the International Judging System, the first ice dancers to win the fold in their Olympic debut since 1976, and the first ice dance team to win the Olympic gold on home ice — among several other notable achievements.

After winning two silver medals during the 2014 Sochi Olympics, they took a two-year break — but when they came back, it was with a vengeance. It all ultimately culminated in their wins at the 2018 Olympic Games, where they skated to a mashup of the Rolling Stones’ “Sympathy for the Devil,” the Eagles’ “Hotel California,” and Carlos Santana’s “Oye Como Va” for their short program and a combination of “Tango Roxanne” and “Come What May” from Moulin Rouge as their free dance.

But although some analysts have proclaimed that the world will never again see a pairing as remarkable as Virtue and Moir, the skaters themselves are much more optimistic about the future of Canadian ice dancing. As Virtue put it in the video announcing their retirement, “You know, we’re in such good hands in Canada. The next generation of skaters is going to blaze new trails, break all of our records, and we can’t wait to be there to cheer them on every step of the way.”

Neither Virtue nor Moir has said what they intend to do next — but whatever it is, they’ll undoubtedly be there to support everyone who comes after them.

More like this
The 6 Best Sunglasses For Snow
By Lauren Moison
Here’s Your Astrological Forecast For February
By Nina Kahn
12 Aphrodisiac Desserts To Spice Up Your Valentine’s Day
By Kaitlyn Wylde
Here’s Your Daily Horoscope For January 31, 2023
By Mecca Woods
Get Even More From Bustle — Sign Up For The Newsletter
From hair trends to relationship advice, our daily newsletter has everything you need to sound like a person who’s on TikTok, even if you aren’t.