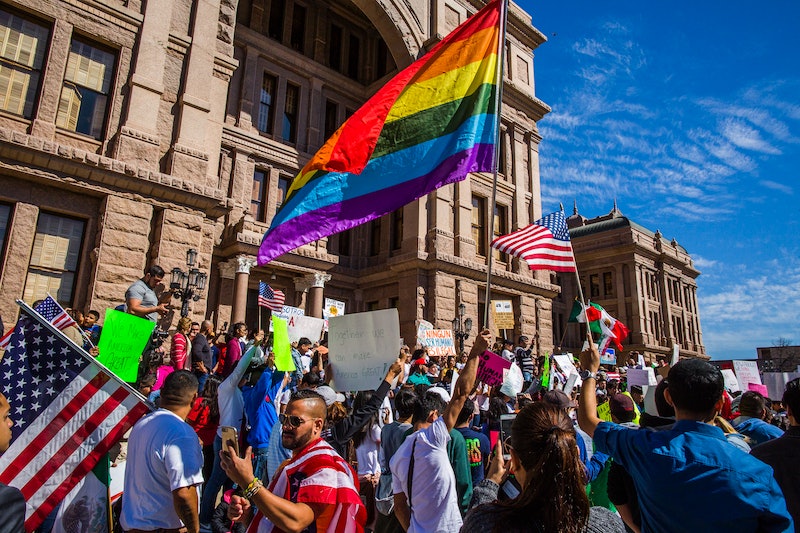 In Texas, where the foster care system is so overwhelmed that children sleep in offices, according to The Texas Tribune, the Republican-controlled Senate on Monday passed a measure that could allow private but state-funded adoption and foster care agencies in Texas to deny gay couples, unmarried people, and atheists from becoming parents.

“It is unconscionable that a bill would prioritize discrimination over the best interest of kids in the child welfare system, but Texas lawmakers have done just that,” Marty Rouse, national field director for the Human Rights Campaign, told the Associated Press.

The bill, if signed into law by Texas Governor Greg Abbott, would allow state-funded agencies to bar adoptions and foster care placement in accordance to religious beliefs. The bill, called the "Freedom to Serve Children Act," will not affect the state-run child protective services agency.

“This bill is not a license to discriminate. Rather, it is a license to participate,” Republican Senator Charles Perry, the author of the bill, said in April.

The passage of this piece of legislation comes amid a flurry of activity by both chambers of the Texas state legislature as its session draws to a close. Under pressure from Lieutenant governor Dan Patrick, members of the Texas House and Senate spent the weekend and Monday approving right-leaning "social values" legislation, such as the adoption bill and a controversial anti-transgender bathroom bill.

According to the Texas Tribune, Patrick threatened to use his position as head of the State Budget Board to delay the budget's passage and push the legislature into a special session. Due to this push, the weekend's activity was dubbed as "Discrimination Sunday" by some.

The Texas Senate's move to deny prospective parents, while contentious, is not unheard of. South Dakota, Michigan, North Dakota and Virginia have passed similar adoption-related legislation. Alabama enacted a law earlier this month that allows adoption agencies to refuse parents on the basis of religious beliefs.

"We are deeply disappointed that the legislature and the governor took on this unnecessary, discriminatory bill instead of focusing on how to improve the lives of all Alabamians, no matter who they are or whom they love," Eva Kendrick, state director of the Human Rights Campaign Alabama, told the Associated Press at the time of the legislation's enactment.

It is unclear what will come out of Texas as the state legislature speeds toward its session end on May 29. Let's hope for not much more.