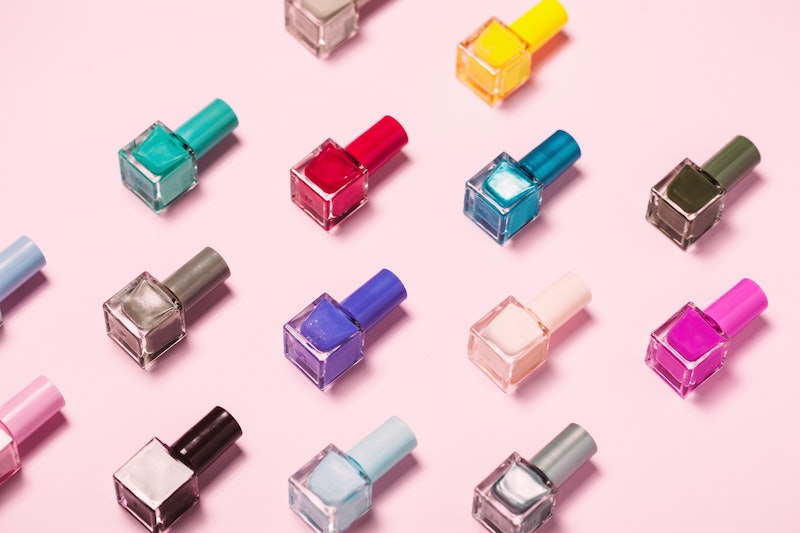 There's something I've been noticing about nail colours recently: there are no rules, and you don't have to just pick one. While classic neutrals and deep reds will always be in style, manicures these days are about embracing the mentality that anything goes. The perfect reflection of this new nail attitude is the skittle nail trend, which has been all over social media as of late. Here's everything you need to know, including what this trend is all about, as well as a run down of the best skittle nail looks on Instagram.

Put simply, skittle nails are wearing different colours on different nails. So just like with a bag of skittles, this trend embraces all colours of the rainbow, and then some. I used to rock this look when I was a child, when my older friend used to bring round her bag of nail polishes to my house. I was (and still am) insanely indecisive, so I opted for a different polish on each different fingernail. Little did I know I was going to be seriously in fashion nearly two decades later, with the likes of Harry Styles rocking the look during his Saturday Night Live hosting debut.

The great thing about this trend is that there are more than one ways to wear it. You don't have to cover the whole nail, you can incorporate nail art, and there are a range of finishes it looks great with.

Scroll down to check out my favourites, and prepare to want to book in for a mani immediately.