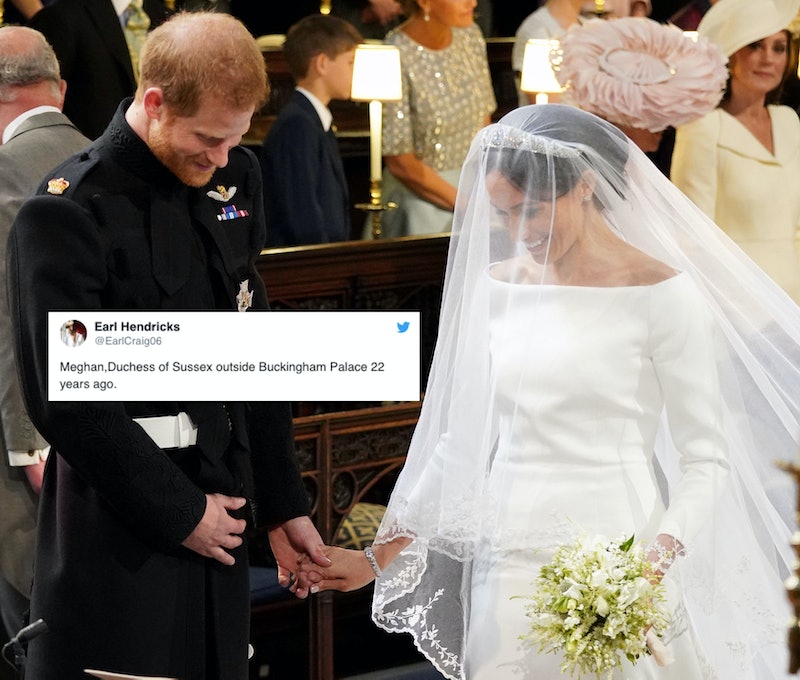 The wedding of Prince Harry and Meghan Markle is one of the only times when millions of people voluntarily got up before dawn on a Saturday. And, the best Twitter reactions to the royal wedding prove that even the most bleary-eyed royal-wedding watchers got all the feels from watching this modern-day-fairytale couple tie the knot. Prince Harry's visible emotion during his vows induced some major social-media swooning. The royal wedding also had people waxing nostalgic about beloved wedding moments from their own families, while others enjoyed the opportunity to ogle their favorite celebrity guests.

With all of the royal-wedding tweeting, there's no doubt that Americans are beyond obsessed with the royal family. "I had no idea they were so popular here ... until I did [The Crown]," British actor Matt Smith, who plays Prince Philip on the show, told CNN regarding the U.S. fascination with the royals. "They've managed to maintain an air of mystery and celebrity somehow, which I think has allowed them to endure, and that sort of mystery is always appealing on some level."

Adding to the allure of the royal family is the fact that newlyweds Meghan Markle and Prince Harry have created a media frenzy by choosing to break with some longstanding traditions, effectively ushering in a new era for the royal family. And, it goes without saying that the super extra social media display over the royal wedding of the just named Duke and Duchess of Sussex is proof that we can't get enough.