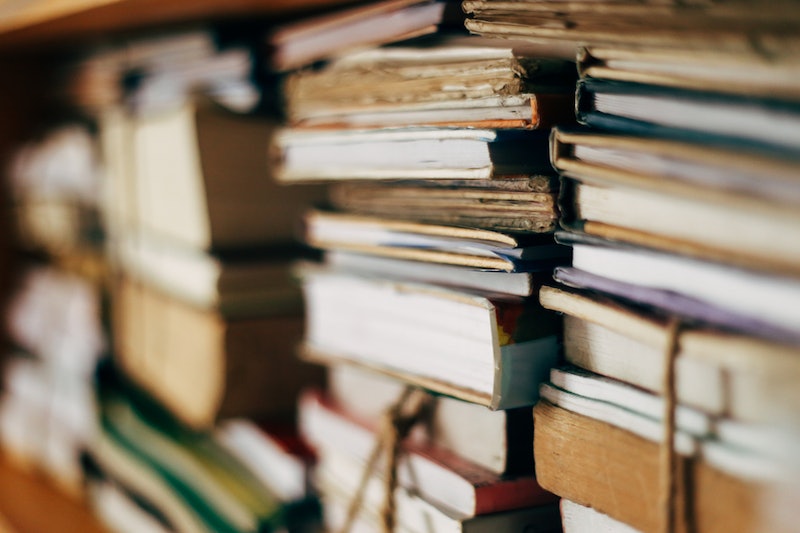 Bad news, book nerds. The Guardian reports that the 2018 Nobel Prize in Literature may be postponed or cancelled. The news comes two weeks after Sara Danius, the Swedish Academy's first female permanent secretary, stepped down from her post amid a sexual harassment scandal involving Jean Claude Arnault, the husband of academy member Katarina Frostenson. The Swedish Academy is currently deliberating the postponement of the 2018 Nobel Prize in Literature, and is expected to announce their decision on May 3.

Eighteen accusations against Arnault surfaced in Nov. 2017, and the chain of events that followed have left the Swedish Academy with too few members to call a vote to fill vacant seats. An investigation commission by the academy "accus[ed] Arnault of leaking in advance the names of seven past Nobel winners," according to The Guardian. After the academy decided against removing Frostenson — with a vote that was part of Danius' efforts to sever ties between the Nobel Prize-granting body and Arnault — three members quit in protest. Frostenson has since left the academy.

Because any Swedish Academy appointment is intended to last throughout the life of the member, there is no protocol in place to allow the remaining members to fill vacated seats. However, there are now only 11 active members of the Swedish Academy, and regulations stipulate that 12 voters must be present to elect new blood into the organization. Even if one of the lost members were to pass away, the academy does not have enough votes to bring someone new into the fold. That's a major problem, and it's one that Swedish King Carl XVI Gustav has agreed to step in to fix.

The Swedish Academy only requires eight votes to award the Nobel Prize in Literature, but prize committee chair Per Wästberg told The Guardian that the prize may not be awarded this year, even though his part of the academy "is fully functioning, working according to our usual schedule." Wästberg also said that book lovers could expect a decision next week: "After our next Thursday meeting there will most probably be a statement on whether we will award a prize this year or reserve it for next year, in which case two prizes for literature will be announced in October 2019." Wästberg and his fellow committee members will continue to read the authors on this year's shortlist, just in case.

According to reporting from The Guardian, this will be the first time since 1943 that the Swedish Academy has failed to award a Nobel Prize in Literature.