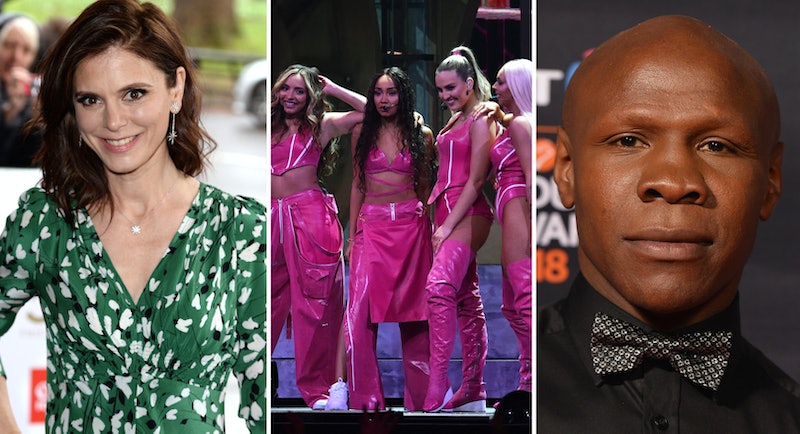 The line up for the new series of Celebrity Gogglebox has been announced, and fans of the show certainly will not be disappointed. From huge girl bands to boxing legends and actors, there are a ton of recognisable faces set to hit our screens. As before with previous series of the celebrity version of the show, scenes will be filmed in honour of Stand Up To Cancer. With Gogglebox currently on hiatus, I think you'll agree that this is the perfect show to fill the void. So let's take a look at the 2019 Celebrity Gogglebox lineup together, shall we?

Before we get into who will be hitting our screens, it's worth going through some standard info about the show, including when it will be returning. Celebrity Gogglebox, for Stand Up To Cancer, is filmed in order to raise awareness of all cancers and to encourage viewers to donate anything they can to the cause to beat cancer once and for all. Other TV shows that have taken part include Celebrity Bakeoff, and Celebrity SAS: Who Dares Wins.

Celebrity Gogglebox returns to our screens at 9 p.m. on 14 June 2019, according to the Channel 4 website, and will run for six episodes. It is aired on Channel 4. Previous celebrities who have starred in the show include former One Directioners Liam Payne and Louis Tomlinson, who discussed how cancer had affected their lives and families, and Love Island winner Dani Dyer with her Dad Danny Dyer.

Seeing as the regular version of the show is now off our screens after the most recent series ended, this is the perfect way to get our full Gogglebox fix. Let's see who we'll be watching on telly and they watch the telly.