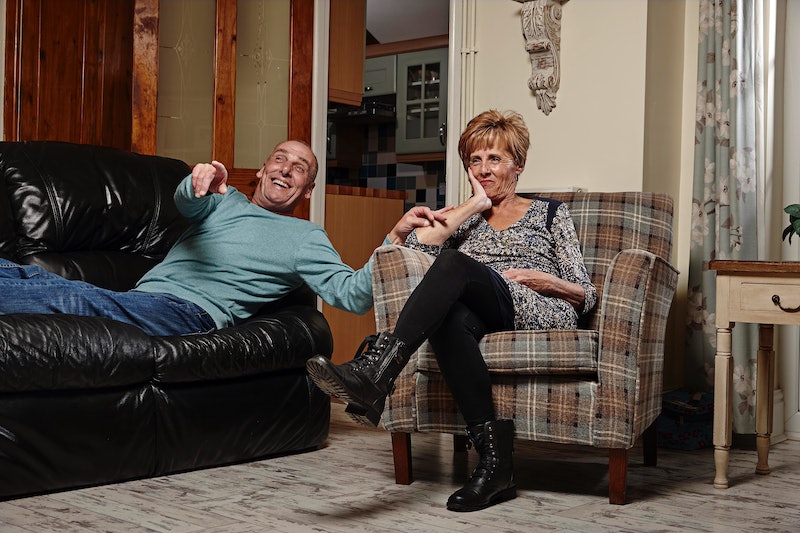 There are times in life when you look at someone's job and think "I could do that". Never is this more literal than when you are sat in front of the telly watching Gogglebox. Watching and talking about a TV show that is literally a show about people watching and talking about various TV shows is low key mind bending madness. You know what else it is? TV gold. No wonder so many people long to get on the show, but how do you apply to go on Gogglebox? Because babe you know the fact that you talk the whole way through TV shows isn't annoying, it's entertainment.

OK so unfortunately at the moment the company that makes the show, Studio Lambert, aren't looking for anyone at this point in time. However, there is a form on their website where you can give your information for them to keep on file.

Yeah yeah, it might be a bit like texting someone who has said they are definitely not interested saying "just text me any time, I am still here!", but y'all this show is huge and could be your ticket to a whole new world. Literally from the comfort of your own living room.

The show has been one of the many reality TV jewels in Channel 4's crown since it kicked off back in 2013. It's brought to our screens countless memorable characters including my personal favourites Sandra Martin and Sandi Bogle who have potentially the most infectious laughs in the world. The duo sadly no longer appear on the show, but the creators of this show just keep on bringing the talent.

Probably the most successful of all the characters on the show is Scarlett Moffatt. Moffat appeared on the show with her family from 2014 to 2016, and the Geordie lass' sense of humour, quick wit, and hysterical laughter totally stole the hearts of countless fans. Moffatt leap frogged from Gogglebox to appear on I'm A Celebrity Get Me Out Of Here in 2016 and from there it has been up up and away for this TV personality. She now has a regular spot hosting Ant And Dec's Saturday Night Take Away and also presents the I'm A Celeb after show, I'm A Celeb: Extra Camp. The money she has earned has changed not only her life but her family's as well. She's even been able to pay off her parents' mortgage

Guys, even if you don't get the kind of stratospheric success of Moffatt, according to The Sun, participants receive a stonking £1,500 a month for the show, to be distributed between them at their own discretion. Considering the average cost of a two bed flat in the UK is £650, that could be a life changing amount for a lot of people.

Although right now might not be the time to apply to be on the show, it is absolutely the time to enjoy it. The latest show kicks off over on Channel 4 and is likely to be just as much of a hoot as all the previous seasons.