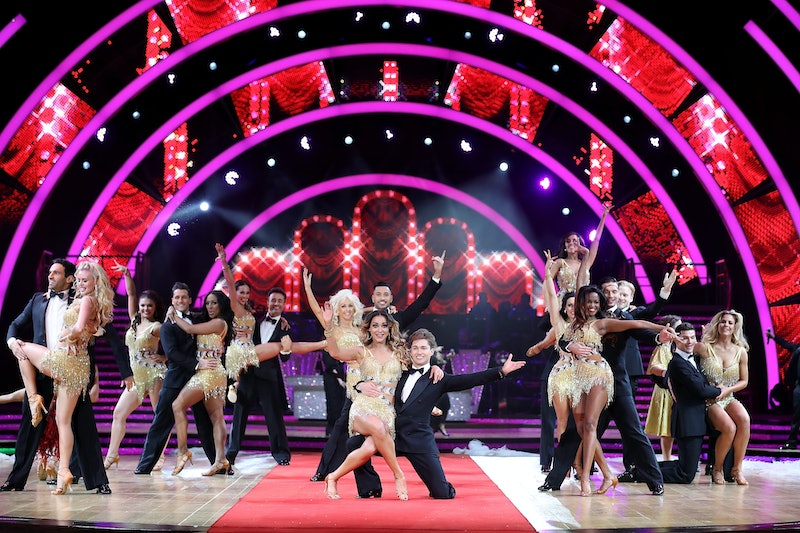 Strictly Come Dancing will be back this Autumn for its 17th series, and the BBC has finally revealed the 2019 Strictly professional dancers who'll be competing for this year's coveted glitterball. Stacey Dooley and her pro partner Kevin Dooley took home the win last year after a tense final against Ashely Roberts, Joe Sugg, and Faye Tozer. Most of the fan favourites are back this year (so don't worry, the 'King of the Ballroom' Anton du Beke will be returning, panic averted. Phew.) Here are the latest updates about the professional dancers for Strictly 2019.

Notably missing from the 2019 lineup is Pasha Kovalev, who joined the show for its 9th series in 2011. The BBC confirmed that "Sadly after eight incredible series, the brilliant @PashaKovalev has decided to leave #Strictly" and Pasha to took Twitter to say:

"After scoring 93 perfect tens, reaching 4 finals lifting 1 glitter ball, it's time for me to find a new challenge and so I've decided to make last year - my final season on Strictly. I've had five fantastic years, full of wonderful memories, thanks to the incredible partners, professionals and myriad of behind the scenes teams who all work to make Strictly the amazing production that it is. The biggest thanks go to all the members of the public who've supported me so much over the years - I look forward to seeing you on the Strictly Pro-Tour this spring, and for many future adventures to come!"

Pasha was then flooded with messages from well wishers, including Caroline Flack and fellow dancers Kevin Clifton and Karen Clifton. Flack, who won Strictly Season 14 alongside Pasha, uploaded photos of the two of them on Instagram, writing in her caption: "[Y]ou gave me some of the proudest moments of my life".

Ex-judge Arlene Philips revealed to the Express that Pasha's shock departure could be because he is tired after working "relentless hours" over the course of his eight-year stint on the show. The BBC have not revealed a replacement for Pasha just yet (probably because he can't be replaced) some are speculating as to whether Neil Jones will replace him. Jones has performed as a cast dancer on the show but is yet to be teamed up with a celebrity partner. He does seem like the natural choice to fill Pasha's dancing shoes, but its unlikely that the BBC will announce whether Jones will be joining until closer to the season premiere.

Last year, Strictly pro Brendan Cole did not appear in the Strictly lineup. The star later appeared on Lorraine, Hello reports, where he explained that they get contracted annually and said: "They've made an editorial decision to not have me back on the show. I'm a little bit in shock. I'm quite emotional, a bit raw about it."

There were rumours swirling that Anton du Beke might not be returning this year after he and his partner Susannah Constantine were eliminated in the first week of the 2018 series. Thank goodness we can put that rumour to bed now that the BBC have announced he is in their lineup. Other fan favourites returning this year are Oti Mabuse, Gorka Marquez, Giovanni Pernice, and Janette Manrara.

Katya Jones will also be returning this year following speculation that she wouldn't be after the "Strictly curse" struck again and she was pictured kissing her partner Seann Walsh, as the Sun reported.

Last series was nothing short of explosive and, in true Strictly form, it saw romances blossom. After much speculation, Ashley Roberts and pro dancer Giovanni Pernice finally confirmed their relationship, Hello reports. The same for Joe Sugg, who posted a loved-up snap of him and his dancing partner Diane Buswell with the caption: "I may not have won the glitterball, but I've won something a million times more special."

I for one can't wait to see what drama and romance Strictly 2019 brings.