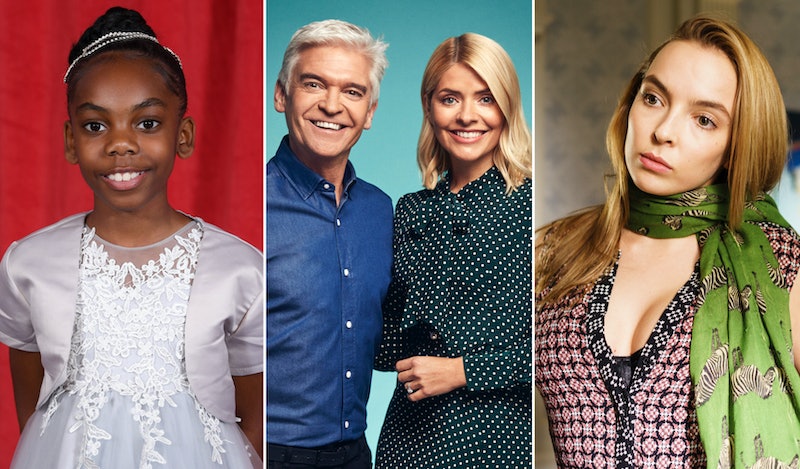 The UK sure loves its telly, and viewers are keen to give it the love and attention it deserves. So far, 2019 has already seen a whole host of actors, shows, and presenters bring home awards from the likes of the BAFTAs and the NTAs, but last night (Sep. 9) it was the turn of the TV Choice Awards. Despite not being televised, it was up to the public to decide which nominees would take away the awards. And boy did viewers make some fantastic decisions, as the full list of the 2019 TV Choice Awards winners featured some immense talent across the board.

Hosted by Pointless presenter Richard Osman, the event took place at The Hilton Park Lane Hotel and featured numerous surprises and special moments, including youngster Kara-Leah Fernandes winning Best Soap Newcomer and your Killing Eve fave, Jodie Comer, taking home the Best Actress award. Comer couldn't be there to collect her award, but her excuse (which she shared during her acceptance speech via VT) was pretty good. The star wasn't able to make the event as she's currently filming Killing Eve season three. Hallelujah.

Sir David Attenborough was presented with the TV Choice Lifetime Achievement Award, as Metro reports. "What I do isn't always entertaining, and sometimes people hear things they don't like! But this is an honour and a great pleasure," the presenter said. "Still working, learning and making programmes Sir David Attenborough isn't just a British hero, he's a global icon," TV Choice added in a statement.

Of course, Attenborough's moment was the highlight of the night (I mean, how could it not be), but it goes without saying that those who took home TV Choice Awards demonstrated the amount of talent that the British TV industry has to offer.

With that in mind, here are the winners of the 2019 TV Choice Awards!