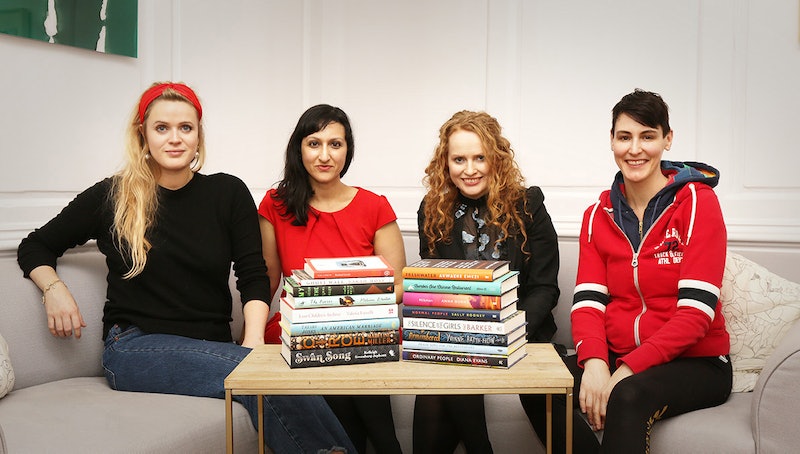 If you thought the awards season was well and truly over, it's only just beginning for the literary world. While it's still a few months until the winner of the Women's Prize For Fiction is actually announced, the longlist was finally revealed this morning (March 4) and boy am I excited. With a list of 16 iconic and diverse female writers to choose from, I can't imagine having to whittle down the 2019's Women's Prize For Fiction nominees — they're all so damn good.

If you weren't aware, the Women's Prize for Fiction (previously known as the Orange Prize for Fiction and the Baileys Women's Prize For Fiction) was created after the Bookers Prize of 1991 where "none of the six shortlisted books was by a woman, despite 60 per cent of novels that year being published by female authors." A group of women and men who worked within the industry decided enough was enough and began the Women's Prize For Fiction in 1996 with an aim to "celebrate women's creative achievements and international writing" in literature.

The prize also aims to to "stimul[ate] debate about gender and writing, gender and reading, and how the publishing and reviewing business works," making the Women's Prize for Fiction an integral part of the year for celebrating literary achievements.

This year's nominees are:

Last year the shortlist included the likes of Elif Batuman for The Idiot, Jesmyn War for Sing, Unburied, Sing, Imogen Hermes Gowar for The Mermaid and Mrs. Hancock, Jessie Greengrass for Sight, and Meena Kandasamy for When I Hit You: Or, A Portrait of the Writer as a Young Wife. Ultimately, Kamila Shamsie won the Women's Prize For Fiction for her novel Home Fire.

Chaired by Professor Kate Williams, the 2019 judging panel includes journalists Dolly Alderton and Arifa Akbar, anti-FGM activist Leyla Hussein, and Sarah Wood OBE, the chair and co-founder of the global video advertising marketplace Unruly. When it comes to judging — and ultimately picking — the writers for the longlist and shortlist, the judges are "asked to forget about reviews, publicity spends, an author's previous reputation" to choose "simply on the basis of novels that inspire them, move them, make them think — and that they admire and enjoy" as described on the Women's Prize for Fiction's site.

"The discussion amongst the judges was passionate and there were some really tough choices to make," Chair of Judges Professor Kate Williams said in a statement. "I am thrilled to share this longlist — sixteen incredible books by a diverse group of women, from the UK and countries across the world, all brilliant stories that sweep you into another world."

"Each of them have been a privilege to read, and they have taken us into places a million miles from each other, exploring the lives of women and men in so many different and compelling ways."