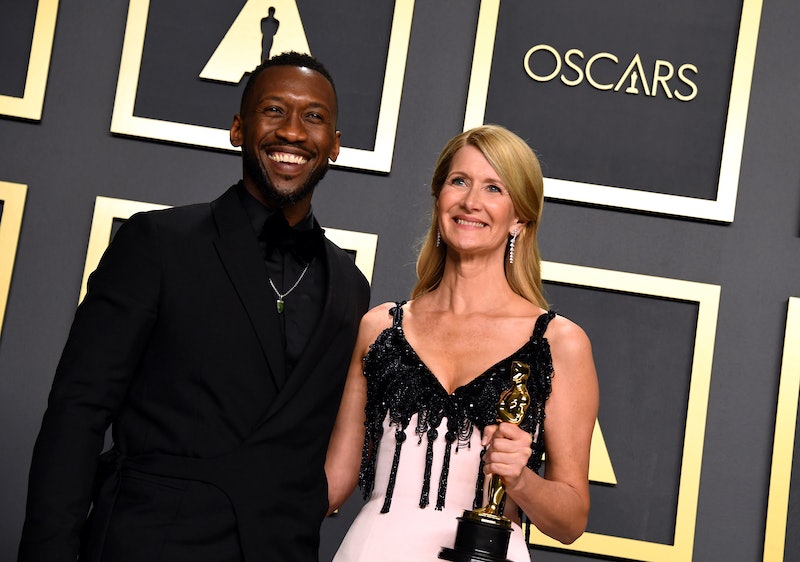 The coronavirus pandemic has officially led to the 2021 Oscars being postponed until April 25, 2021. The ceremony was originally scheduled to take place on Feb. 28, but with the ongoing global pandemic continuing to wreak havoc on the industry, a decision was made to change the date the awards will be handed out. Furthermore, the Academy has also decided to extend the nominations and voting period.

This is good news for filmmakers who were recently given the greenlight to restart production under strict new guidelines. The shift in eligibility will likely relieve some of the pressure they were feeling to deliver their films in time for the previous qualification date, as well as any pressure on studios to release movies in theaters before it's completely safe to do so. Now any film released between Jan. 1, 2020, and Feb. 28, 2021 will be eligible.

"For over a century, movies have played an important role in comforting, inspiring, and entertaining us during the darkest of times. They certainly have this year," said Academy President David Rubin and CEO Dawn Hudson in a statement, per Variety. "Our hope, in extending the eligibility period and our Awards date, is to provide the flexibility filmmakers need to finish and release their films without being penalized for something beyond anyone’s control."

Despite the date change, it's still unclear whether or not the Academy will be able to have a traditional in-person ceremony this year. With no vaccine for the coronavirus available, there's no way of knowing whether or not it will be safe to attend large events in enclosed venues by April. For now, ABC, home of the 2021 telecast, is holding off on making any major decisions about what form the event will take .

"We find ourselves in uncharted territory this year and will continue to work with our partners at the Academy to ensure next year's show is a safe and celebratory event that also captures the excitement of the opening of the Academy Museum of Motion Pictures," ABC Entertainment president Karey Burke said in a statement, per Variety.

Due to COVID-19, it's difficult for the Academy to make firm plans about the telecast, but they are moving forward on another important issues: making the nominations more diverse. After years of #OscarsSoWhite criticism, the Academy announced on Friday, June 12 that they're teaming with the Producers Guild of America "to develop and implement new representation and inclusion standards for Oscars eligibility by July 31, 2020."

Overall, this marks the fourth time that the Oscars have been postponed. The ceremony was previously delayed in 1938 when Los Angeles was hit with serious flooding, in 1968 after the assassination of Dr. Martin Luther King, Jr., and in 1981 after the attempted assassination of President Ronald Reagan.