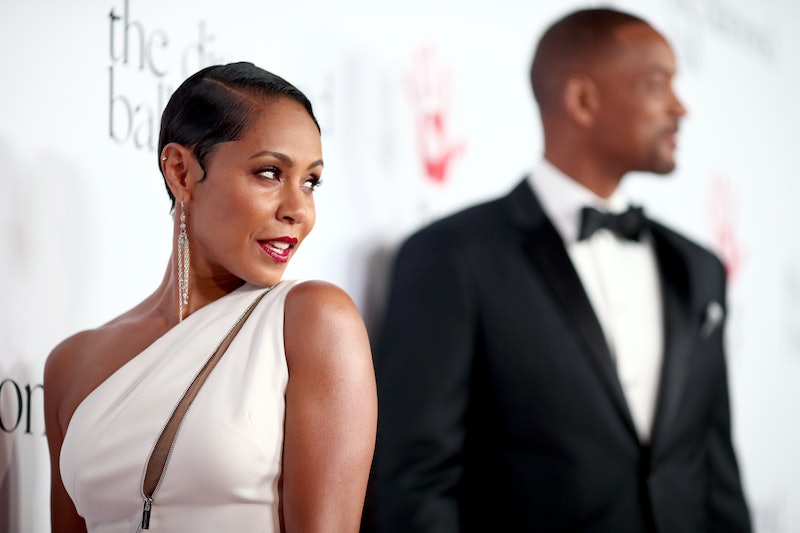 Unless you've been living under a rock, you've likely heard about the controversy surrounding the lack of diversity at the 2016 Academy Awards. But how exactly did this all spin out? You might need a handy timeline of the #OscarsSoWhite conversation to capture just how far the conversation had gone. With the revelation that for the second year in a row, every single one of the acting nominees is white, things have escalated so quickly and people of color and allies have added their voices to the discussion so rapidly that you need to be paying pretty close attention not to have missed every little detail. (And I mean hey, even if you've been glued to the dialogue from the beginning, you have to take bathroom breaks every once in awhile, so don't beat yourself up if something slipped by you.) But since this is such an important conversation that we're all (finally? again? always?) having, I want to make sure we're all caught up on exactly what went down between the nominations being announced on Jan. 14, and this moment in time.

Things will certainly change, and I'm hopeful that even more people will chime in in support of this cause, but as of now, here's how we got where we are:

The Academy's Nominations Come Out

Normally it might take a little longer for the internet to get heated about a snub like this, but as it happens, Twitter had a hashtag hot and ready from the same exact situation happening last year. Facepalm. And thus, #OscarsSoWhite was born. Or re-born, rather.

Jada Pinkett Smith announced she would boycott the Oscars, after their snub of not only all non-white actors, but specifically of her husband, Will Smith. Will earned a Golden Globe nomination for his work in Concussion, but received no Oscar nod. On Twitter, she said:

In a later video she urged others to "stand in their power."

Spike Lee joined the charge, announcing via Instagram that he would not be attending this year's ceremonies, and urging the media to stop looking to the non-white community for answers, saying, "I Would Like The Media To Ask All The White Nominees And Studio Heads How They Feel About Another All White Ballot."

The Debate Crosses The Ocean

In the UK, Idris Elba, who received no nominations for Beasts of No Nation, spoke to British Parliament about the lack of opportunities for himself and fellow actors of color.

We need to count up what everybody has, see the lay of the land, see who has which careers in TV, who makes TV, who’s allowed on TV. You have to ask the question, "Are black people always playing petty criminals? Are women always the love interest or always talking about men? Are gay people always stereotyped? Are disabled people ever seen at all?"

Ironically, he shared that he had to take his career to the United States to even be considered for the meatier roles that he'd been written off for in the UK, so it's clear there's hard work to do all over the world.

A Snubbed Actor Speaks Out

Many people were shocked when David Oyelowo wasn't nominated for his portrayal of Dr. Martin Luther King Jr. in Selma, but this time around, Oyelowo shared that what's even more shocking is the fact that we've been here before at the King Legacy Awards on Jan. 18: "For 20 opportunities to celebrate actors of color, actresses of color, to be missed last year is one thing; for that to happen again this year is unforgivable."

Cheryl Boone Isaacs, The President of the Academy of Motion Picture Arts and Sciences, issued a statement addressing the concerns and pledging to do better.

I’d like to acknowledge the wonderful work of this year’s nominees. While we celebrate their extraordinary achievements, I am both heartbroken and frustrated about the lack of inclusion. This is a difficult but important conversation, and it’s time for big changes. The Academy is taking dramatic steps to alter the makeup of our membership. In the coming days and weeks we will conduct a review of our membership recruitment in order to bring about much-needed diversity in our 2016 class and beyond.

Although he was not in the running for a nomination this year, George Clooney voiced his concerns about the lack of diversity as well, saying that if anything, we're backsliding:

If you think back 10 years ago, the Academy was doing a better job. Think about how many more African Americans were nominated. I would also make the argument, I don’t think it’s a problem of who you’re picking as much as it is: How many options are available to minorities in film, particularly in quality films? Let’s look back at some of the nominees. I think around 2004, certainly there were black nominees — like Don Cheadle, Morgan Freeman. And all of a sudden, you feel like we’re moving in the wrong direction. There were nominations left off the table. There were four films this year: Creed could have gotten nominations; Concussion could have gotten Will Smith a nomination; Idris Elba could have been nominated for Beasts of No Nation; and Straight Outta Compton could have been nominated. And certainly last year, with Selma director Ava DuVernay — I think that it’s just ridiculous not to nominate her.

But Others Take A Stand Against The Boycott

On The View, Whoopi Goldberg expressed her disapproval of the boycott, and told her audience:

You wanna boycott something? Don't go see the movies that don't have your representation. That's the boycott you want. To me, we have this conversation every year. It pisses me off.

Some Celebs Seem To Miss The Point

Most notably, actress Charlotte Rampling, who now famously remarked in French that the boycott was "racist to whites" while doing an interview on a European radio show. She later released this statement to CBS News:

I regret that my comments could have been misinterpreted this week in my interview with Europe 1 Radio. I simply meant to say that in an ideal world every performance will be given equal opportunities for consideration. I am very honored to be included in this year’s wonderful group of nominated actors and actresses.

A Former Winner Chimes In

Lupita Nyong'o, who won the Best Supporting Actress Oscar in 2014, was open with her disappointment, and eloquently spoke to what's so upsetting about the lack of diversity: that it's indicative of a larger problem in the overall system:

I am disappointed by the lack of inclusion in this year’s Academy Awards nominations,” she wrote. “It has me thinking about unconscious prejudice and what merits prestige in our culture. The Awards should not dictate the terms of art in our modern society, but rather be a diverse reflection of the best of what our art has to offer today. I stand with my peers who are calling for change in expanding the stories that are told and recognition of the people who tell them.”

A Glimpse Of Optimism

Looking ahead, Steve McQueen, who remains the only black director ever to win the Oscar, sees some promise on the horizon. He tells The Guardian that he's hopeful that this injustice will give us a firm push onto the right track.

"Hopefully, when people look back at this in 20 years, it’ll be like seeing that David Bowie clip in 1983.” [He is referring to a clip that has been widely circulated online since Bowie’s death, in which the singer politely assails his interviewer about MTV’s under-representation of black artists.] “I don’t even want to wait 20 years,” McQueen continues. “Forgive me; I’m hoping in 12 months or so we can look back and say this was a watershed moment, and thank God we put that right."

And this feels like a fitting place to leave the conversation for the moment; the days since Jan. 14 have shown us just how much work there is to do, and looking at the wise words of people like McQueen, Nyong'o, and Elba give me at least some optimism that we, as a movie-loving society, are capable of actually making some progress. And let's get to work now, so we don't end up with #OscarsSoWhite again in 2017.