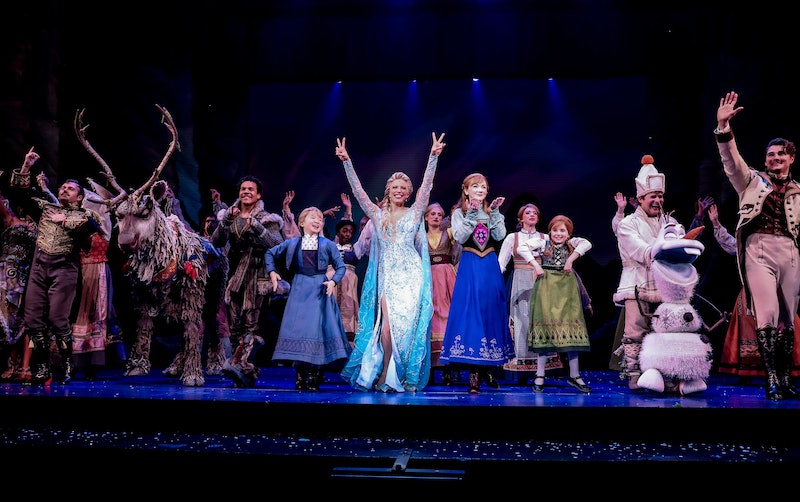 The sequel to Disney's animated epic Frozen recently made its long-awaited cinematic debut, and for fans of the musical, theres a whole lot more where that came from, because the modern classic is also making its way to the West End. Tickets for the on-stage production are expected to be released next year, and casting for the theatrical adaptation is still underway. However, Frozen the musical has revealed its leading actor, and audiences are most certainly in for a treat.

As Digital Spy reports, Les Misérables star Samantha Barks will portray the character of Elsa in the West End version of Frozen the musical, and following the exciting announcement, the actor revealed that she is "thrilled" to be involved in the project. Speaking on Twitter, Barks said, "I am beyond excited to take on Elsa and so thrilled to be a part of the @frozenlondon family!! #letthestormrageon." The actor and singer is best known for her previous on-stage roles in productions such as Oliver! and Pretty Woman: The Musical — and Barks is no stranger to the world of film, following her portrayal of Eponine in the 2012 reimagining of Les Mis.

Barks' latest gig, in which she plays the magical Queen of Arendelle, is set to thrill West End audiences, and speaking to the Daily Mail, director Michael Grandage revealed how the actor brings "an extraordinary other quality" to the beloved role.

The director also praised Barks' rendition of the franchises Oscar-winning title track "Let It Go," and promised that various changes are being proposed for the show's UK debut. Grandage continued on to explain how Frozen the musical — which has already enjoyed a successful run over in the U.S. — will introduce some "bespoke moments" just for the West End, and teased that "it will be the most evolved version of Frozen anywhere."

Frozen the musical is set to debut in October 2020, whilst general tickets will go on sale as of March 6 next year — and you'd better get in line, because Disney fans are likely very keen to witness the magic of Frozen being brought to life on-stage.

More like this
Adam Ali Hopes 'Waterloo Road' Will “Subvert” Queer Misconceptions
By Sam Ramsden
Jemima Khan Used Her Own Life As Inspo For 'What’s Love Got To Do With It?'
By Darshita Goyal
Gerard Butler Insisted On Adding This Pivotal Scene To 'Plane'
By Catharina Cheung
You’ll Definitely Recognise Isadóra Bjarkardóttir Barney’s Mum
By Maxine Harrison
Get The Very Best Of Bustle/UK
Sign up for Bustle UK's twice-weekly newsletter, featuring the latest must-watch TV, moving personal stories, and expert advice on the hottest viral buys.