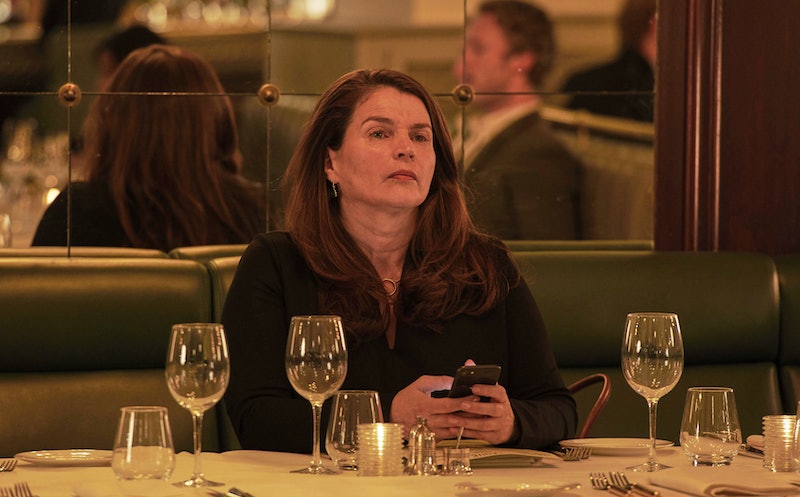 When the term gold digger is thrown around it’s usually in reference to an older wealthy man dating a younger woman. As a term it feels sexist and outdated. However, a new BBC One domestic noir is about to flip those stereotypes on their head. Gold Digger tells the story of the consequences of a woman bringing a younger male love interest into her already crumbling family and the consequence that come with that. But who is Julia Ormond? The actress taking centre stage in the new BBC drama has played her fair share of roles in crime thrillers and is no stranger to the big screen.

Having starred opposite the likes of Harrison Ford and Brad Pitt, Julia Ormond has been a British Hollywood A lister since the nineties. Graduating from the esteemed Webber-Douglas Academy of Dramatic Art it’s seem Ormond has always had her sights set on the arts. With a career spanning back to 1989 she’s played varying characters.

While she’s been a staple on TV screens Ormond is perhaps most recognisable for her work in film. In the nineties she starred in The Baby of Mâcon, Legends of the Fall, and Sabrina, which all achieved huge critical acclaim. Speaking about her work to the Guardian she said, "The year I was filming Sabrina I had five films out, so you're doing publicity and press times five! And it can be completely overwhelming. One of my first ever interviews was for the cover of the New York Times Magazine. You have to build experience to deserve that. I can cope when I'm out of my comfort zone, but I have a very sharp feel for when I'm really far, far out from what's sane."

In Gold Digger, Ormond plays Julia Day, a divorcee who meets an enigmatic younger man with less than pure intentions. Speaking about Gold Digger in a statement she said:

“What attracted me to the story is the way that it's provocative and it challenges us in terms of how we see women who have devoted their life to motherhood and what they do when that phase is coming to an end. To Julia’s children there is a sense that Benjamin is a threat to their inheritance and a feeling that there is something off about him, but it’s founded in this disbelief that he could genuinely love her.”

If you’re a fan of the dark and mysterious Gold Digger promises to keep you on the edge of your seat. You can catch episode one on BBC One at 9 p.m. on Nov. 12.

More like this
Con O'Neill Was Connected With Sarah Lancashire Long Before 'Happy Valley'
By El Hunt
Emily Atack’s Net Worth Would Make Charlotte Hinchcliffe Proud
By El Hunt
Everything To Know About The 'Daisy Jones & The Six' TV Series
By Maxine Harrison and Brad Witter
'Boiling Point's TV Sequel Is Set To Deliver A “Rollercoaster Of Emotions”
By Catharina Cheung and Sophie McEvoy
Get The Very Best Of Bustle/UK
Sign up for Bustle UK's twice-weekly newsletter, featuring the latest must-watch TV, moving personal stories, and expert advice on the hottest viral buys.