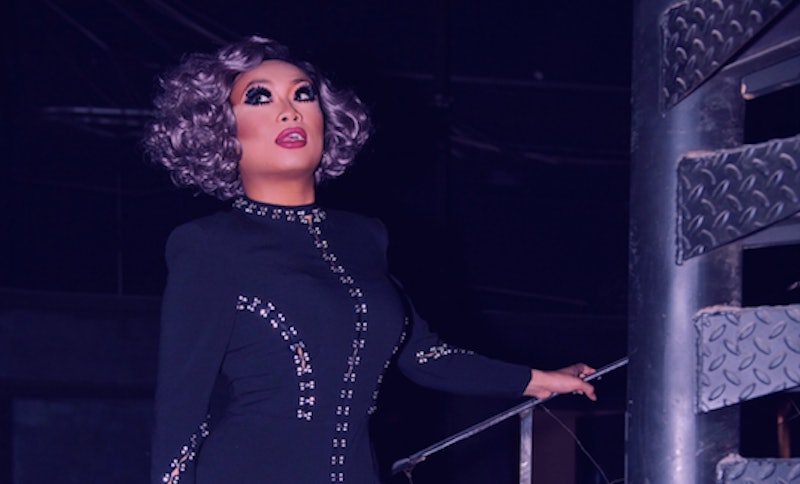 It may seem obvious, but Drag Race: All Stars shouldn't mark the first time a queen competes in a Snatch Game. The show is supposed to be a competition between the best of the best, but All Stars 5's Snatch Game of Love confirmed it only has three contestants who meet that criteria: Shea Couleé, Jujubee, and Alexis Mateo, the only queens who made it to the top in their respective seasons. As for the others, well...

Cracker's Gaga could've been spectacular! Never the same! Totally unique, completely not ever been done before! But true to form, Cracker got in her own head. The only Gaga references she managed to make were an allusion to the singer's Italian heritage and that nose thing from A Star is Born. Come on, Cracker, not even a Bradley Cooper reference? There could be 100 people in a room, and this performance would fall flat for all of them.

India embodied the controversial makeup guru and YouTube personality Jeffree Star — or, she tried to at least. She had the pink velvet sweatsuit and snatched contour, but the jokes... couldn't relate.

It was Blair's first Snatch Game, and it showed. When Ru asked her to tell the audience something about herself, all she could muster was "I'm gay!" and she kept using Degeneres' queerness as her only punchline.

Alexis was in complete control of her Snatch Game round. She portrayed Walter Mercado, an iconic Puerto Rican astrologer and actor, and she was totally in her element. When Cracker accidentally answered Alexis' question as her own, she didn't skip a beat. "It was my question you dumb b*tch. But you didn't see that one coming, I did," she snapped, referencing Mercado's fortune-telling.

Much like Valentina (All Stars 4) and Chi Chi DeVayne (Drag Race Season 8) before her, Jujubee chose to impersonate Eartha Kitt during the Snatch Game. And in Jujubee's words, the third time was the charm. Even Ru said her performance was the best one so far, and it's hard to disagree with a queen who licked herself to embody Kitt's feline side. Now that's commitment.

It's almost taboo to portray a straight, cisgender man in Snatch Game, because, well, it's Drag Race. But Shea pulled it off by leaning fully into the character, over-animating her movements and squeezing in rap lyrics wherever she could. The judges gave her a second win and she beat this week's lip-sync assassin, Vanessa Vanjie Mateo, for a cash tip. Considering Shea just told the judges how devastated she was about losing Season 8, her victory came at the perfect time.

More like this
Every Season Of 'Love Island' Ranked Best To Worst
By Alice Broster, Frances Stewart and Sophie McEvoy
This 'Bachelor' Contestant Got Back With Her Bachelor Nation Boyfriend After Going Home
By Grace Wehniainen
These 'Bachelor' Spoilers Suggest Christina Mandrell Is The New Villain
By Grace Wehniainen
All The Clues Clint & Gina Aren’t Still Together After 'MAFS' Season 16
By Brad Witter
Get Even More From Bustle — Sign Up For The Newsletter
From hair trends to relationship advice, our daily newsletter has everything you need to sound like a person who’s on TikTok, even if you aren’t.