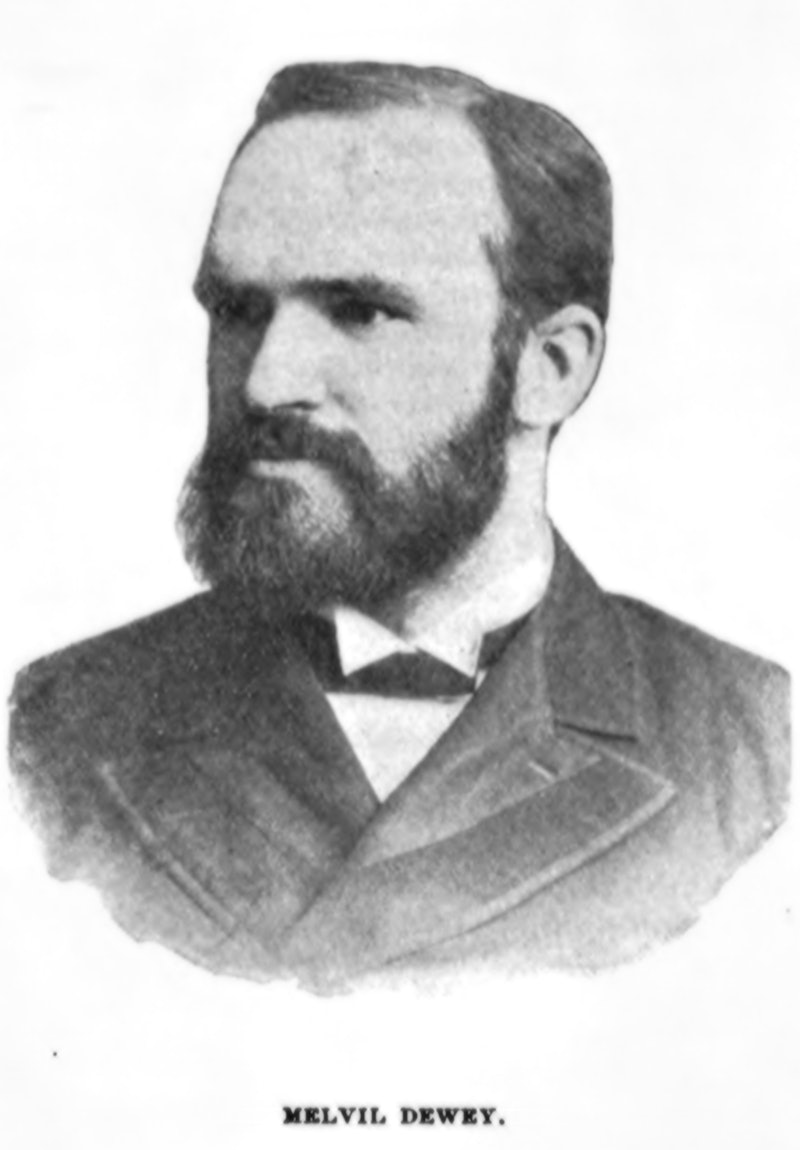 On Sunday, the American Library Association (ALA) voted to remove the name of one of its founders, Melvil Dewey, from the highest honor given to library professionals. Nearly 90 years after Dewey's death, the ALA is renaming the Melvil Dewey Medal.

Melvil Dewey co-founded the American Library Association in 1876, but was "ostracized from the ALA in 1906 because of his offensive personal behavior," according to Publishers Weekly. Dewey is best known for creating the Dewey Decimal Classification system, which allows books to be categorized numerically by subject. Colloquially known as the Dewey Decimal System, the numbers-based classification format was the organization system of choice for "[m]ore than 200,000 libraries in 135 countries" in 2011, according to the Chicago Tribune.

Although, as PW notes, Dewey is widely regarded as the "father of the modern library," his bigotry and misogyny were well documented in his lifetime. Dewey stratified membership to the Lake Placid Club, which he and his wife founded in New York in 1895. Writing in American Heritage, Richard F. Snow said that "Dewey classified members according to degree of desirability even after they were admitted," to the exclusion of Jewish individuals and members of ethnic minorities. In 1901, Dewey wrote that "No one will be received [at the Lake Placid Club] against whom there is physical, moral, social or race objection.… This invariable rule is rigidly enforced; it is found impractical to make exception to Jews."

Melvil Dewey also had a history of sexual harassment. According to The Guardian, Dewey biographer "Wayne Wiegand recounts how Los Angeles Public Library head librarian Tessa Kelso wrote in a 1924 letter that 'for many years women librarians have been the special prey of Mr Dewey in a series of outrages against decency.'" Nearly a century before Columbia University opened all of its programs to women, Dewey admitted female students to the college's School of Library Economy, which he founded in 1887, but he required job applicants to submit photographs of themselves, according to the Jewish Telegraphic Agency.

Lest anyone think that the ALA's decision to rename the Melvil Dewey Medal is the result of tacking modern-day values onto historical figures — which is not always a bad thing, by the way — it's worthwhile to note here that Dewey's behavior cost him professional connections during his lifetime. He was forced to resign from his position as New York's State Librarian in 1905, due to the Lake Placid Club's exclusionary policies. The ALA resolution noted that, prior to the 1906 ALA conference, "four women came forward to accuse him of sexual impropriety," which led to him being "ostracized from the organization for decades."

Just to reiterate, Melvil Dewey was a bad enough guy that his racism, anti-Semitism, and history of sexual harassment cost him his job and professional standing more than 100 years ago. Do you know how awful you have to behave toward women and minority individuals, as a white guy in the early 20th century, before people start to distance themselves from you? This is at a time when people of color weren't guaranteed the right to vote, and when, as Reva B. Siegel points out, "the law assumed that women in fact wanted the sexual advances and assaults that they claimed injured them." However bad you're imagining Dewey to be right now, you can almost certainly bet that he was worse.

The ALA is right. The name Melvil Dewey "does not represent the stated fundamental values of ALA in equity, diversity, and inclusion." However the ALA chooses to re-style the Melvil Dewey Medal, the award can only be better than it was before.