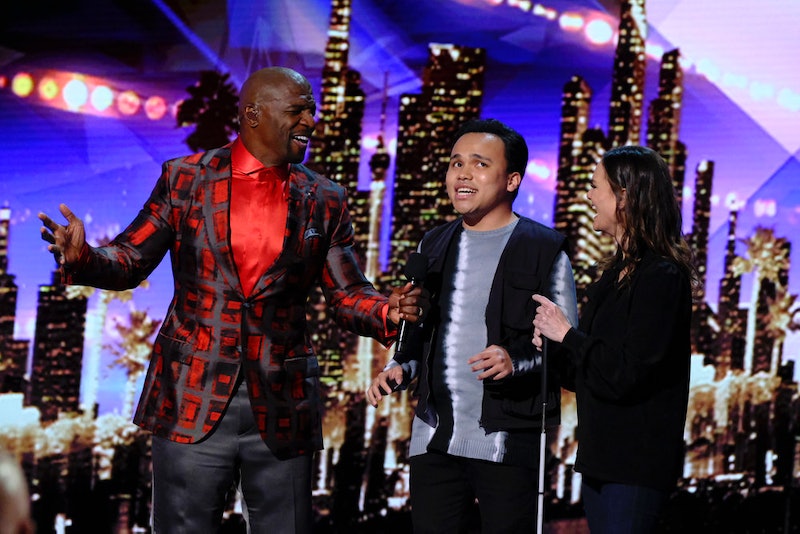 Over two nights (Sept. 17 and 18), the 10 America's Got Talent finalists will be whittled down to just one winner. The prize for America's Got Talent Season 14 sounds great on paper, and all of those finalists are hoping they'll be the one to nab it. But, as with most things that sound good on paper, they're not necessarily all of what they seem. As in many of the previous seasons, the 2019 America's Got Talent winner gets a $1 million grand prize and a headlining show in Las Vegas, per Entertainment Weekly. (That's significantly more than the $25,000 monetary prize and trophy for the all-stars version of the show America's Got Talent: The Champions.)

However, the AGT winner doesn't get a million dollars in one lump sum. A disclaimer runs at the end of every AGT episode that says, "The prize, which totals $1,000,000, is payable in a financial annuity over forty years, or the contestant may choose to receive the present cash value of such annuity."

Forbes reported in 2016 that the disclaimer allows AGT to pay the winner only $25,000 a year for 40 years. People who win the show as children will be middle aged by the time they finally get all their winnings. Additionally, that $25,000 will be taxed each year, meaning it actually comes out to even less. According to Forbes, the second part of the disclaimer says that winners can instead choose a much smaller lump sum of money to be paid out right then. The outlet noted that the total lump sum would be around $300,000 — before taxes.

Because you cannot necessarily quit your day job to pursue magic or ventriloquism or whatever the winners' talents are on just $25,000 a year, it would probably make more sense for adult winners to take the lump sum and chase their performing dreams right then. When the winner is a minor who still has years of school to complete before they can truly pursue their passion full time, they may want to opt for the 40-year payout. In any case, none of these winners can become a millionaire from the show alone.

The second part of the prize is headlining a Vegas show. If things go well there, it's possible that the winner may be able to book future shows or tours or have other projects financed depending on their popularity. The AGT website says that the Season 14 winner is already booked for a three-day stint at the Paris Las Vegas Hotel & Casino from Nov. 7 to Nov. 10. That's not really a long time to make a good impression on the city's audiences, but it's better than nothing.

These days, reality stars can often parlay social media followings into further opportunities. It's especially important for the AGT winners to be able to do that, because, at the end of the day, the show's epic cash prize is much, much lower than $1 million. And the Vegas show series is just three days long.

Still if $25,000 every year for 40 years or $300,000 in one go and a three-day Vegas show sounds like something you'd be interested in, auditions for AGT Season 15 are already open. To apply, submit a video audition online or go to one of the in-person casting calls. The casting website says that the casting calls begin in November and last through early February across multiple cities. Just know that if you end up on the show and winning that grand prize — it's not quite as grand as you'd initially think.