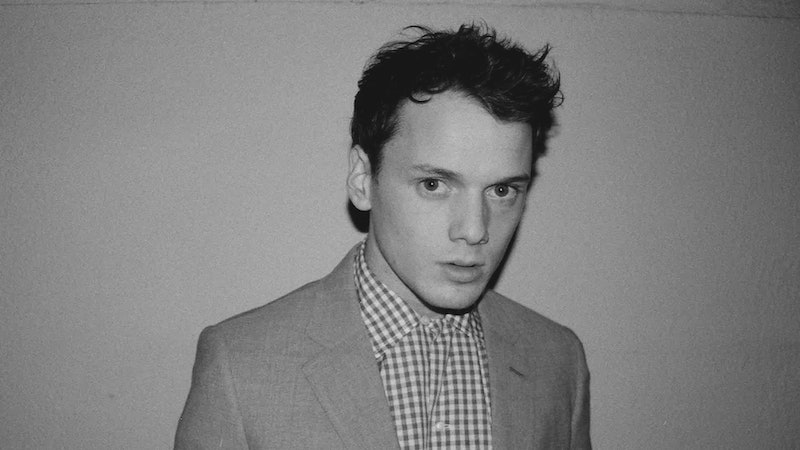 In 2016, 27-year-old actor Anton Yelchin died in a tragic accident. He's still mourned by fans of his work, as well as his fellow artists, all of whom had expected him to have the opportunity to contribute more to the world. Soon after his death, Yelchin's parents, Irina and Viktor Yelchin, began to gather home videos and other personal materials, which were then combined with interviews with childhood friends and famous actors and directors alike into the documentary Love, Antosha, which comes out in Los Angeles on Aug. 2 and New York City on Aug. 9. Directed by Garret Price and produced by Like Crazy director Drake Doremus, Love, Antosha shows how one actor's huge heart and infectious kindness impacted some of Hollywoods biggest stars.

The film shows that Yelchin had a happy childhood and was very loved. His parents were successful ice dancers who competed for the Soviet Union, but they lived an uneasy life, simmering with anxiety. The couple came to America when Anton was six months old, fleeing what they felt was a budding environment of anti-semitism in their home country. "Antosha," as he was known to his family, grew up in Los Angeles. Their proximity to Hollywood and his artistic parents sparked an interest in film and acting, and Yelchin began auditioning at a young age, shocking his much older costars with his devotion and natural talent.

The doc includes charming moments from his early life that show his insatiable curiosity about filmmaking, like when a tiny Yelchin prances around in 101 Dalmatians pajamas and asks his father how to say "cinematographer" in English. But it also reveals that Yelchin was battling an illness his entire life. When he was only a few years old Yelchin was diagnosed with cystic fibrosis, which he hid from the public. The progressive, inherited genetic disorder mostly affects the lungs and causes persistent coughing, shortness of breath, and lung infections. Yelchin had to do breathing exercises every day, and his life expectancy was unclear.

Yet throughout his struggles, it seems Yelchin's vulnerability, humble nature, and total immersion in his artistic projects made everyone in Hollywood won him many famous fans. "I was 14 when I worked with him and we were good friends for a couple of years," says Kristen Stewart in the doc. The two acted together in the 2005 thriller Fierce People. "Then he, kinda... like, broke my heart," she adds. It's unclear, however, from Stewart's story whether or not she and Yelchin actually officially dated; she calls it an "insulated little thing." Either way, Stewart goes on to note that Yelchin called her out of the blue years later to apologize. He had just had his own heart broken, and now understood the pain.

It's those intimate, superstar moments of the doc that not only de-mystify Hollywood a bit for viewers, but also show just how far Yelchin's loving and positive influence spread throughout the industry. Jennifer Lawrence wipes away tears as she tells the story of how Yelchin basically taught her how to act during filming for 2011's The Beaver. Star after star speaks of how smart, caring, and honest he was, including Bryce Dallas Howard who acted with Yelchin in Terminator Salvation; Jodie Foster, who directed him in The Beaver; Willem Dafoe, who worked with him in Odd Thomas; Frank Langella, with whom he acted in three movies; his Court of Conscience costar, Jon Voight; and the late Martin Landau, a friend and mentor.

There are also plenty of special reflections for those fans who know and love Yelchin for playing Chekov in the recent Star Trek movies. Zoe Saldana, Zachary Quinto, John Cho, Chris Pine, J.J. Abrams, and Simon Pegg all speak of how their cast became a family, to the point where the Trek crew took his passing particularly hard. In addition to sharing his pain and shock over the circumstances of his friend's death, Pine contributes some particularly hilarious stories about Yelchin's sex life and wacky photography habits.

Love, Antosha is capped off by the bizarre yet amazing inclusion of Nicolas Cage dramatically narrating Yelchin's journals. From detailing his first onscreen kiss with Mika Boorem in Hearts of Atlantis to remarking on his later-in-life bouts with anxiety, Yelchin's journals are lovingly animated and audibly brought to life by Cage, who acted with him in 2014's Dying of the Light.

But ultimately, Love, Antosha is a love letter from Yelchin's parents. In life, he was particularly devoted to his mother. He wrote her letters and drew her cards practically every day in his childhood, which Irina shows off in the film, and which all close with the doc's title, "Love, Antosha." His tribute to her for her birthday will bring viewers to absolute tears. His casual and constant declarations of love continued into adulthood through emails, videos, and constant contact. Lawrence recalls how excited Yelchin was when she was about to come to visit their shoot. "We didn't talk about our parents, we were just teenagers," she says.

Whether you were a casual fan of Yelchin's or watched his career closely, this film is difficult to watch. But the person it reveals makes reliving this heartbreaking loss worthwhile.