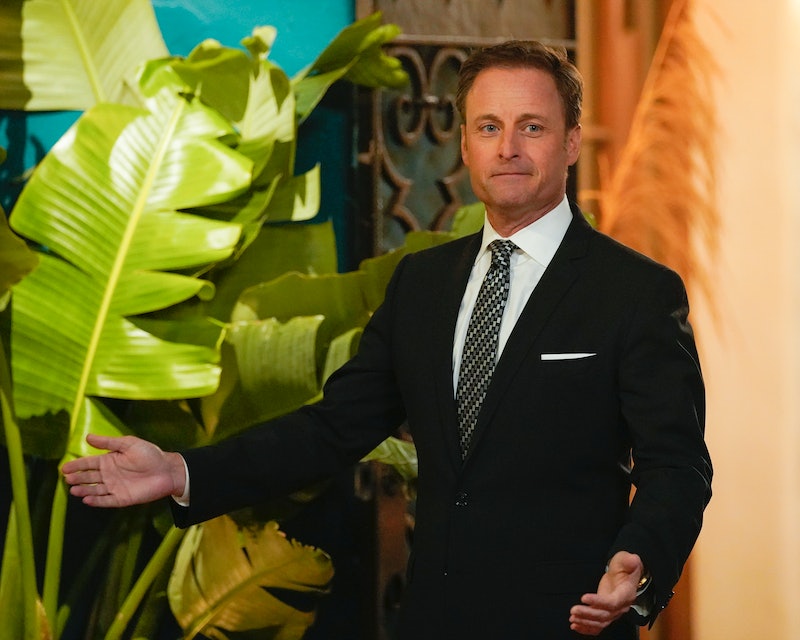 When you've hosted 24 seasons of a popular reality dating series, not to mention the spinoffs, you come to expect a certain recognition among the general public. Yet, surprisingly, that isn't always the case for Bachelor host Chris Harrison, who had to introduce himself to the Listen To Your Heart cast since many of them apparently didn't know who he was. So perhaps it's safe to say that none of these contestants are tried and true fans of the franchise.

“It was funny. I knew who they were because I had studied who they were, but they don’t know me. They don’t really know the show. It was a brand new experiment,” Harrison explained to Us Weekly during a recent interview. “One of the guys was a little, like, ‘Is it Chris Hansen?’ I was like, ‘Nope, not catching predators!'”

Harrison's story is an example of just how different this particular spinoff will be from the original series itself. Normally, contestants that come onto the show are avid watchers of The Bachelor and know fully well how the process works and what's expected of them. But Listen To Your Heart is a beast all of its own as 20 musically talented men and women attempt to find the perfect partner on both a professional and personal level.

In fact, the series is so different that it won't even be taking place at the iconic Bachelor mansion. “It’s a very different mansion. We’re not in the Bachelor mansion! We moved to a bigger place — a little different vibe,” Harrison teased. "There are some great characters." Don't worry, though — you'll still be able to spot some similarities to the regular format, at least at first, thanks in large part to the rose ceremonies, which will focus less on the musical aspect and more on the contestants' relationships themselves.

“With the rose ceremonies, there are men and women, women hand out the roses to the guys, guys will then hand out roses to the women and people will be going home based on those relationships — having nothing to do with the music,” Harrison revealed about the show's format. “Music’s always a part of the show on the dates and you know, they’ll be at the house, playing for each other, but it’s not about the performances.”

Harrison echoed that sentiment while speaking with Entertainment Tonight, promising that the singing and romance in the show will go hand-in-hand. "When we lean into the relationships, it was incredible to see how the music was made, and one begets the other. You gotta have 'em both," he told the outlet.

And hey, maybe they'll even come to finally know his name at the end of this whole process.

More like this
Brianna Revealed Why 'The Bachelor' Premiere Was Tougher For Her Than You Saw On TV
By Brad Witter
Hannah Ann Got Engaged 3 Years After 'The Bachelor' & The Proposal Was Dreamy
By Grace Wehniainen
10 Photos Of The Wildest Limo Arrivals From 'The Bachelor' Premiere
By Brad Witter
Zach Reveals The Chaotic 30 Minutes That Were Cut From ‘The Bachelor’ Premiere
By Grace Wehniainen
Get Even More From Bustle — Sign Up For The Newsletter
From hair trends to relationship advice, our daily newsletter has everything you need to sound like a person who’s on TikTok, even if you aren’t.