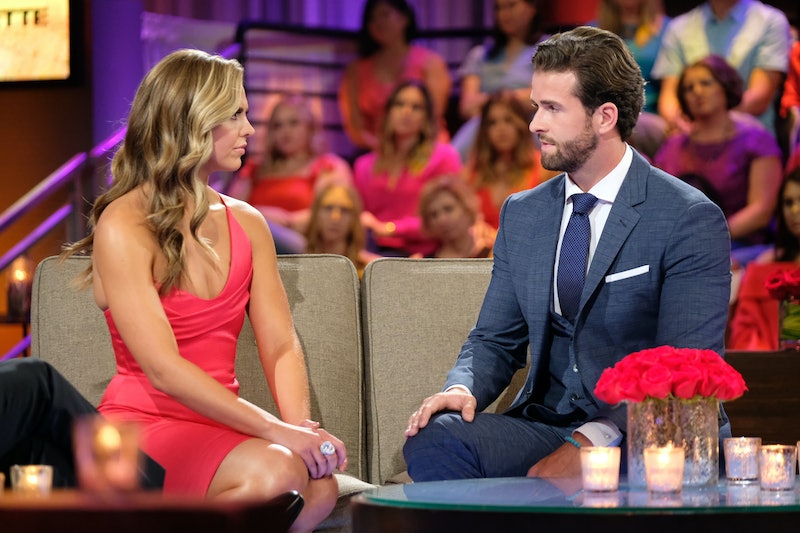 It was only a matter of time before The Bachelor franchise launched another spinoff series. The trailer for The Bachelor: Listen to Your Heart aired during Monday night's episode of The Bachelor, and it's basically Bachelor in Paradise for musicians, which, naturally, made fans think of Jed Wyatt, the country singer known for his serenades and breaking Hannah Brown's heart.

As most fans will recall, Jed is a singer who originally signed up for The Bachelorette to promote his music, won Hannah's heart instead, and ultimately ended up breaking it when she discovered he abandoned a serious relationship prior to joining the show. Since their dramatic breakup during The Bachelorette finale, he has remained single, which is why fans think Listen to Your Heart could be the perfect opportunity for him to get back in the game, or, to take his Bachelor Nation journey a step further.

“Think The Bachelor in Paradise meets A Star Is Born,” ABC Entertainment President Karey Burke told Deadline, describing the show. Premiering on April 13, 20 single men and women who are somehow involved in music will search for love by performing together and going on Bachelor-style dates focused on their shared love of the art. Couples will eventually commit to one another, and then — here's the twist — compete to be the last pair standing.

Basically, it's a dating show-turned-couples' competition that will involve lots of music, and amidst all of Peter's spoiler-free ending drama, most fans aren't prepared for it.

Or They Just Don't Want It

When it comes to Jed's potential, fans have mixed opinions. He's gotten all the way to the end before. He could do it again, right? Perhaps he just makes a guest appearance to perform his new single, judge a competition (because that will be a thing, per Deadline), or provide the contestants with wisdom learned from his mistakes.

Either Way, Jed Was Top Of Mind

Or, the show could be news to him, too. Just like it was for everyone else. Talk about a missed opportunity. Let's hope he at least gets a cameo.