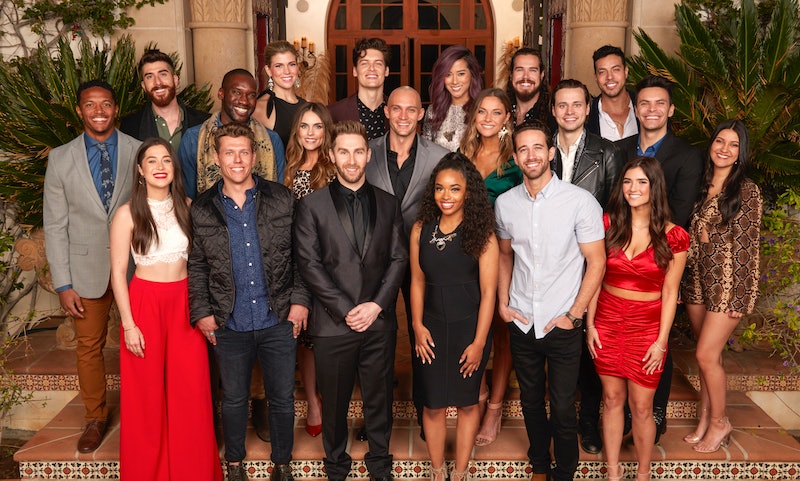 There's a new Bachelor show to add to your watchlist: Just five weeks after Peter's Bachelor season ends, The Bachelor Presents: Listen to Your Heart will premiere on Monday, April 13. This will alleviate the usually long wait between The Bachelor and Bachelorette, helping to tide fans over until Clare Crawley's season begins airing on May 18.

Described by Chris Harrison as "A Star Is Born meets Bachelor in Paradise," Listen to Your Heart will follow a group of single men and women as they live together, sing songs, and go on Bachelor-style dates focused on music. Once the couples "commit" to each other (whatever that means), they'll be tested through musical challenges and live performances judged by both Bachelor Nation couples and prominent names in the music industry. Those with the highest scores will move on until only one couple is left standing. After that, it's unclear what happens. Do they get engaged? Win a prize? Simply go forth into the world with the accreditation of knowing they won a weird hybrid competition dating show? We'll find out!!

The new series is just one in a handful of spinoffs The Bachelor franchise has workshopped over the years, including Bachelor Pad, Bachelor Winter Games, and the ongoing Bachelor in Paradise, which have all found varying degrees of success. It will be interesting to see where Listen to Your Heart falls on that barometer, but either way, there's a lot of new Bachelor content coming your way: ABC has been sharing casting announcements for contestants 65 years old and up, which could mean we'll soon watch a crowd of senior citizens looking for love. At this rate, the Bachelor Cinematic Universe is giving Marvel a run for its money.