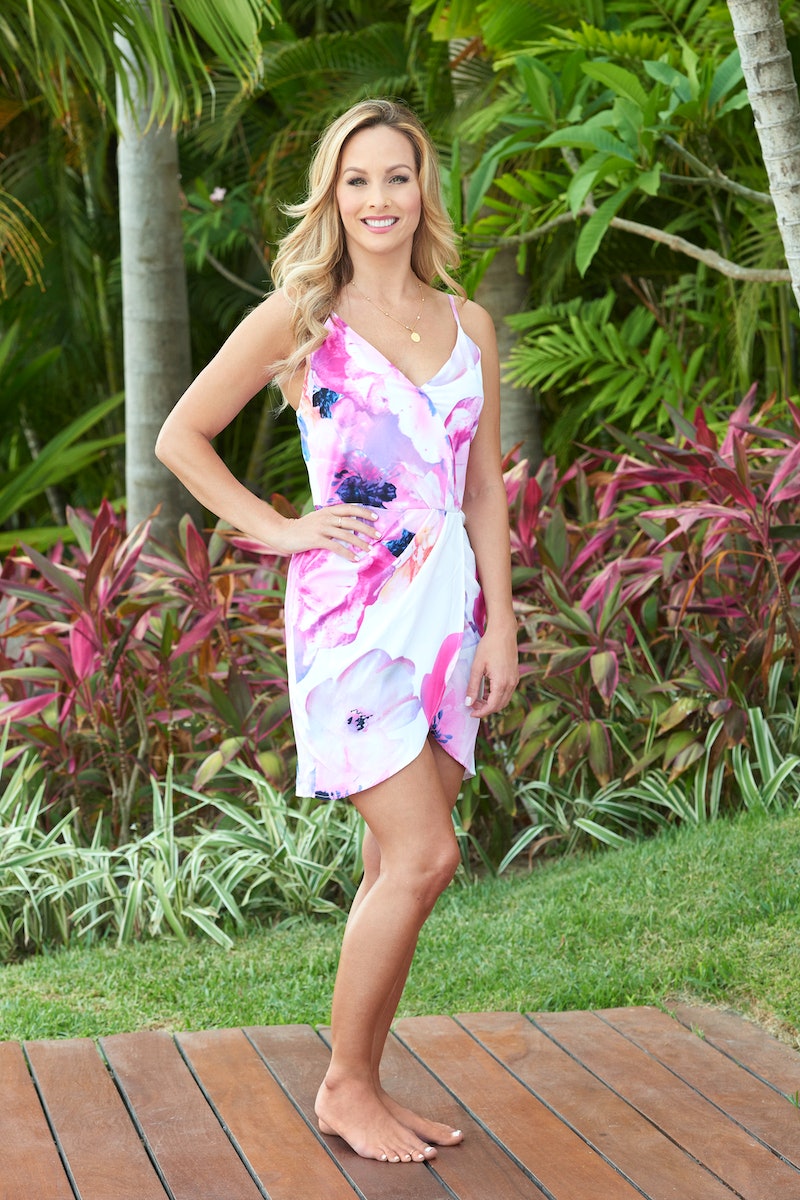 The Bachelorette hasn't even begun filming, and it's already shaping up to be a dramatic season. On Saturday, Clare Crawley seemingly shaded Matt James on Twitter, calling out an unnamed upcoming suitor for speaking to the media and using the celebrity video site Cameo. Fans assumed the reality star was talking about Matt, who has done a variety of interviews and been active on platforms like Instagram and Cameo as of late.

On Twitter, Crawley criticized a contestant for giving interviews, writing, "If you are doing interviews and creating Cameo accounts before you are even on my season... you are in it for the wrong reasons...#dontwastemytime." The reality star urged the contestants to respect the process and her time, adding, "Respect the opportunity you’ve been given. Respect the rules. Respect me."

James posted an IG Story on Saturday explaining that all of the money he earns from Cameo videos will go to charity, but it's unclear whether he was responding to Crawley or simply getting the word out about the work he's doing to help those in need during the pandemic. "For those of you who may have missed the message earlier this week, myself and Alex Bachman, my former teammate and current New York Giants wide receiver, pledged all of our Cameo earnings to the Robin Hood Foundation to fight this fight," he said. "

Fans defended James on Twitter, noting that the suitor was promoting a good cause and had a public persona before being cast on the show. Matt is the founder of ABC Food Tours, an organization which introduces kids from underserved communities to new food experiences. The upcoming Bachelorette suitor is also best friends with former star Tyler Cameron, who also partners with the non-profit organization.

One fan noted Matt's interviews were for a charity helping communities during the coronavirus pandemic, tweeting, "He is doing interviews to promote his charity, ABC Food Tours which is producing tablets and meals for kids in underprivileged areas." Another viewer emphasized Matt was popular before The Bachelorette, writing: "If you are talking about Matt James, he cant help he lived w the most popular contestants in BN."

Matt is also donating proceeds from videos on Cameo to the Robin Hood Foundation, an organization dedicated to helping fight poverty in New York City, according to Us Weekly. The reality star has been giving interviews, but linked to NEOU, a fitness platform hosting Instagram Live workouts to raise money for healthcare and hospital workers.

Filming for The Bachelorette is currently suspended due to the coronavirus pandemic. On March 31, Chris Harrison confirmed The Bachelorette would not move forward until contestants can compete safely, according to People. "Until we can do this show and do it safely, we won’t do it,” Harrison said. “Right now we are just on hold and it’s being postponed." This puts the competitors, who have already been announced, in a unique position, allowing fans to get to know the cast before the show even goes into production.

It's not conventional for Bachelor contestants to do press before a season airs, but it's an unprecedented situation for a season to be suspended. Given that Matt's social media and publicity efforts are devoted to helping several good causes, it seems possible Clare could realize his actions were not in bad faith.