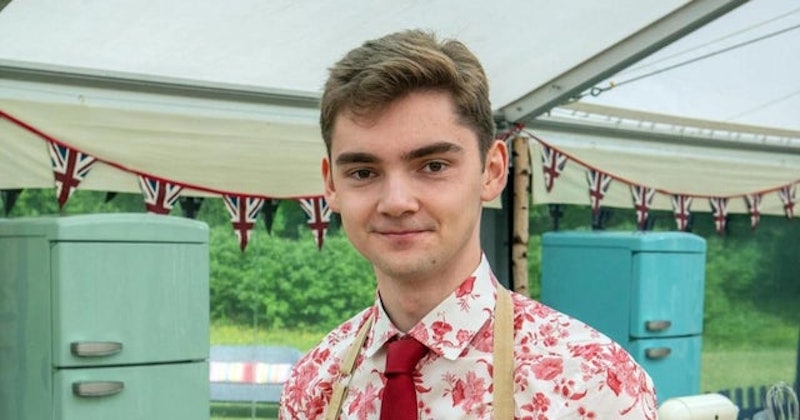 What's more British than a load of people in a tent baking cakes, tarts, pastries, and then some under an enormous amount of pressure and stress? Yes, Great British Bake Off is back and boy, oh boy are the TV bosses behind the show serving up some high level entertainment. Which is not only fun to watch, but great to feel a part of. However, try as you may you can't control human beings and some of the contestants appear to be making their feelings known. Because GBBO contestants are paying tribute to eliminated Helena in the best way.

As ever keen eyed super-fans were the ones to notice the nod to the departed contestant. Because come on, what is entertainment if you don't have a few Easter eggs to discover?

After the previous week's utterly shocking double elimination which saw Michelle and Helena leave after the 1920s challenges, fans (and seemingly other contestants) were left utterly reeling. There really is nothing quite like a double elimination to send shockwaves through out living rooms across the nation. And inside tents too, seemingly, as two fellow bakers hinted at their sadness regarding Helena's departure in Tuesday's episode.

Helena was from the start super open about her love for all things spooky. For being passionate about Halloween and all of the style attached. Which made her one to watch in my opinion. If not an early favourite. But sadly it wasn't to be and she left the competition last week.

This week, fellow baker Henry was clocked wearing a spiderweb brooch on his apron. A fairly recognisable symbol of ghoulishness and Halloween vibes and a stalwart of the haunted house. And you guys, viewers felt very emotional over the whole situation.

And if that's not enough, Pretty 52 reports that other contestants got in on the action too, sporting little Welsh badges in honour of the lovely Michelle.

The tribute to the departed bakers, although touching, isn't exactly a new idea. Last season fans and bakers alike were left bereft after the departure of Jon Jenkins during vegan week. After his "only fools eat horses" piece failed to impress those keen eyed judges. The Mirror reports that Jenkins was loved not only for his talent and flare, but for always being snappily dressed, with flamboyant Hawaiian style shirts a particular fave. So after his departure his fellow remaining contestants wore them in his honour.

This week on the show was dessert-themed and contestants had a tough time of it. Because lord knows that dessert is one of the main reasons people tune into the flipping show, so the pressure was on. Well, apart from savoury food fans like myself, who await anything cheesy with bated breath. After what was a fairly tense and exciting episode, marketing executive Priya O'Shea was the one who got the boot. When she was eliminated, O'Shea admitted that seeing her stressed on TV made her kids a bit worried.

"My children have enjoyed my journey on Bake Off – the older one used to get concerned when he watched it on TV and worried if I seemed stressed in the tent."

Well at least that's one silver lining of being eliminated, no more stress for her kids.

More like this
An 'X Factor' Legend Has Joined The 'Strictly' 2022 Line-Up
By El Hunt and Sam Ramsden
Ryan Reynolds’ Trailer Of 'Welcome To Wrexham' Is Beyond Emotional
By Sophie McEvoy
Even The Royal Family Can’t Get Over Alessia Russo’s Backheel Goal For England
By Maxine Harrison
Talking About Mental Health In Sport Is Crucial, Says England Legend Karen Carney
By Sam Ramsden
Get The Very Best Of Bustle/UK