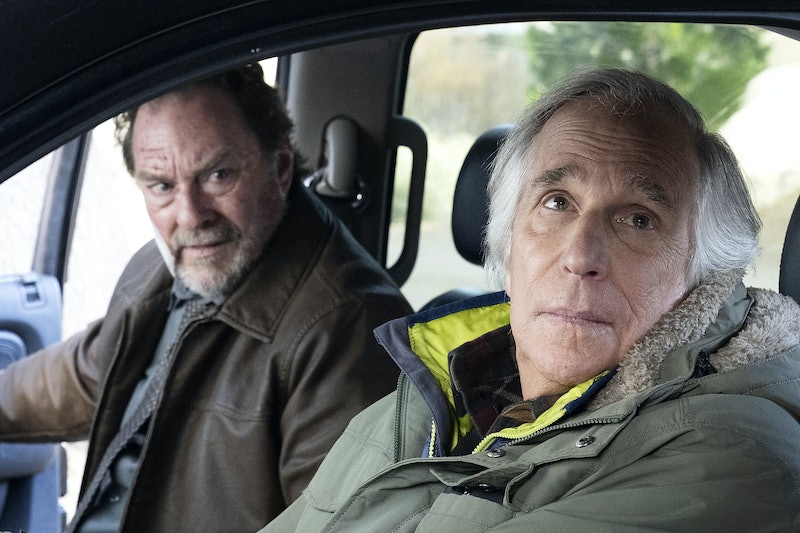 Spoilers ahead for the Season 2 finale of Barry. Barry Berkman has been in his share of tight spots, and thus far, he's managed to wriggle out. But it feels impossible that he'll be able to do that again after what happened in this week's Barry Season 2 finale. After Fuches sold him out, Gene knows that Barry killed Moss, and we can't come back from here.

During the finale, viewers get literally no hint as to where Gene goes with this information. The last few moments of the episode follow Gene has he remembers what Fuches told him while he was in a haze over seeing Moss's body, and finally, it clicks. "Barry Berkman did this." Gene has been Barry's biggest supporter up until this point, and without him, it's unclear who Barry will have.

Even Sally is too absorbed in her own career to be truly happy when something big happens for Barry. Gene is, admittedly, pretty self-obsessed at times, but despite his screw-ups, he does care about the people around him, as was most evident in Moss, his son, and Barry. Even when Barry scores an audition for a raunchy, silly comedy Gene could've looked down upon, Gene immediately starts outlining scenes and practicing with Barry so he can prepare — not even Sally did that without complaint. Now, that support is likely going to be gone.

Gene isn't a part of Barry's secret world. He's not NoHo Hank, he's not Fuches, he's not Cristobal. This isn't a situation in which blood can be shed and soon forgotten about. Especially given how much Gene freaked out when he learned Barry killed someone he wasn't supposed to kill over in the Middle East, he's certainly not going to be OK with Barry killing Moss.

It feels like, if he believes what Fuches said, Gene will have to go to the police. Loving student-teacher relationship or not, Barry is a murderer, and Gene is just a regular dude who doesn't need that mayhem in his life.

Of course, there's the possibility that Barry is throwing viewers for a loop with this cliff-hanger ending. Gene now knows that Fuches has it out for Barry, but he might not believe some random criminal over Barry, who he's come to know for months now. Barry's gotten to be a great liar over the years, and if any doubt remains in Gene's mind, he might be able to sway him into believing him over Fuches.

Either way, Barry's problems get a whole more complex this week, and Gene is just one part of that. The cops might be sold on the idea that the Chechens killed Moss, and Barry and Gene might be off the hook, but just as soon as that problem disappears, plenty more get worse.

Barry goes on a total rampage through Hank & Cristobal's men in an attempt to kill Fuches. He might not be able to live with himself after this, and the gangs surely won't be able to forgive him. He's also hell-bent on taking down Fuches once and for all — not only is Barry's fate on the line, but Fuches has gotten way too close to Gene and the semi-normal life Barry is trying to build. When Barry returns, there will be hell to pay in more ways than one.