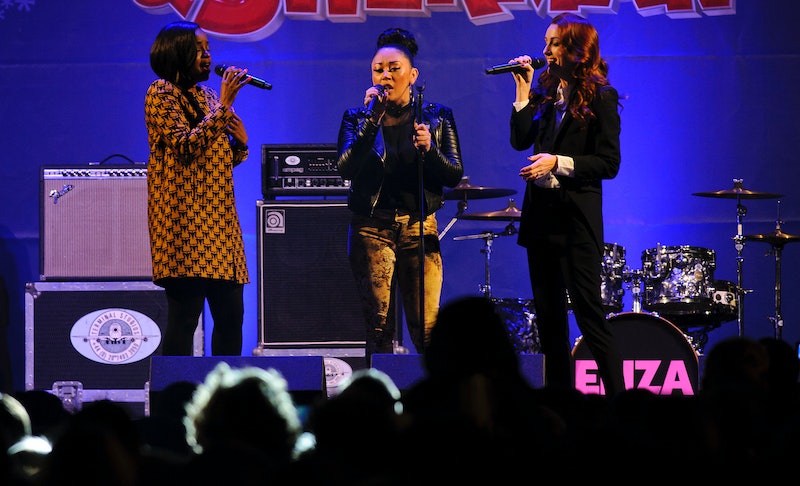 Back in late 2018, it was revealed that one of the biggest girlbands of all time would reunite. I am of course referring to the mighty Spice Girls, who recently completed their 2019 reunion tour. Following the band's exciting revival, a string of other major names from the world of music followed suit, and it seems the reformation of some of our favourite bands has become a running trend over the past few years. Naturally, some comebacks receive a warmer response than others, and to jog your memory, here are some of the best British and Irish '90s and '00s band reunions.

For many artists, reentering the music arena after a long hiatus can be risky, especially when competing with chart-topping modern artists. However, one thing the Ariana Grandes and Ed Sheerans of the world can't yet compete with is nostalgia — which is precisely what the 2019 comeback kids managed to tap into. Over the past few years, we've witnessed the long-awaited return of a fierce female trio, one of Ireland's greatest musical exports, the biggest girl group of all time, and more. So, if you somehow managed to miss the most epic music reunions of recent years, I've gone ahead and picked out some of the most memorable.

More like this
Yes, 'The Price Of Glee' Is Available To Watch In The UK
By Catharina Cheung
This 'Emily In Paris' x Blackpink Crossover Is Beyond Iconic
By El Hunt
The Spice Girls Are Set To Reunite At King Charles III’s Coronation
By Sam Ramsden
8 Easter Eggs From Taylor Swift's “Lavender Haze” Music Video
By Shahed Ezaydi
Get The Very Best Of Bustle/UK
Sign up for Bustle UK's twice-weekly newsletter, featuring the latest must-watch TV, moving personal stories, and expert advice on the hottest viral buys.