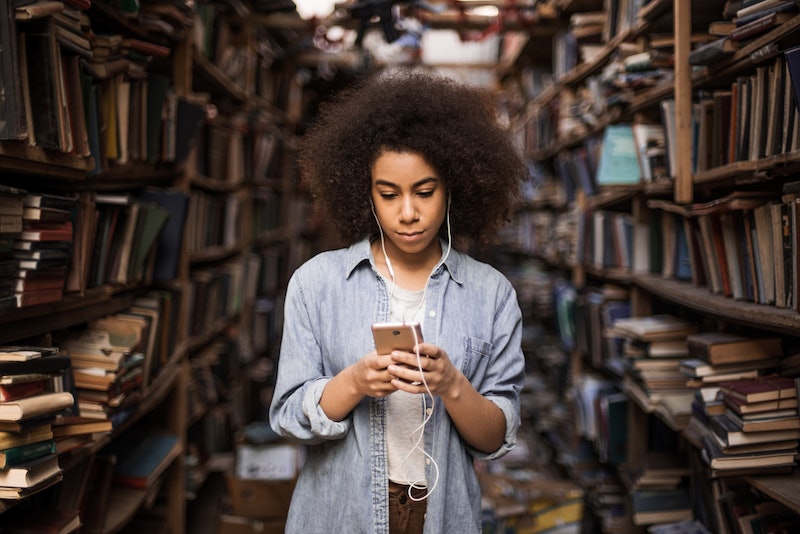 During Wednesday night's 2019 Billboard Music Awards, artists were honored for their achievements in the musical industry, but Drake, Ariana Grande, BTS, and Cardi B were not the only people lauded for their amazing audio achievements yesterday. The American Booksellers Association's 2019 Indies Choice Awards winners were also announced on May 1, and Madeline Miller's Circe was named the Audiobook of the Year. This bookish honor is just the latest in a long line of accolades for this epic feminist retelling of Greek mythology.

Presented by the American Booksellers Association (ABA), the Indies Choice Awards "reflect the spirit of independent bookstores nationwide." Each year, indie booksellers from all around the country vote for their favorite books across several categories, including young adult, adult fiction, adult nonfiction, adult debut, and, most recently, audiobook.

In 2018, as a result of the growing popularity of audiobooks, the ADA added the Audiobook of the Year category to the annual Indie Choice Awards. Lincoln in the Bardo, written by George Saunders and read by the author and a full cast that includes Nick Offerman and David Sedaris, was the award's inaugural winner. This year, the honor went to Madeline Miller's Circe.

Written by the bestselling The Song of Achilles author Madeline Miller and read by Perdita Weeks, Circe is a poignant retelling of ancient Greek myths as told by one of their most important yet disregarded characters, Circe the witch. A sweeping tale of political intrigue, family drama, love, loss, and the perseverance of women in a world run by men, it became an instant New York Times bestseller when it was published in 2018. It then went on to be named one of the best books of the year by NPR, The Washington Post, Seattle Times, Buzzfeed, Electric Literature, and even Bustle.

Circe wasn't the only audiobook honored, either. Five additional titles were named Audiobook Honor Books: Educated by Tara Westover, read by Julia Whelan; Kill the Farm Boy by Kevin Hearne and Delilah S. Dawson, read by Luke Daniels; Once Upon a River by Diane Setterfield, read by Juliet Stevenson; The Secrets Between Us by Thrity Umrigar, read by Sneha Mathan; and There There by Tommy Orange, read by Darrell Dennis, Shaun Taylor-Corbett, Alma Cuervo, and Kyla Garcia.

In addition to taking home the Audiobook of the Year award, Circe was also named Adult Fiction Book of the Year, beating out acclaimed titles including Tayari Jones's An American Marriage , Elliot Ackerman's Waiting for Eden, Sayaka Murata's Convenience Store Woman, Sarah Winman's Tin Man, and Richard Powers's The Overstory. Miller and her fellow award winners will be honored at the upcoming ABA Indies Choice Award ceremony, which will be held during the 2019 BookExpo in New York later this May.

An award that promotes the true spirit of independent bookstores across America, the Indie Choice Book Awards also encourages consumers to find and shop at their neighborhood indies. Libro.fm, an independent company based in Seattle, WA, is currently the only platform that enables shoppers to purchase audiobooks through their local bookstores. They offer DRM-free digital audiobooks, which are available for download through free IOS and Android apps.

Circe and the other winners are available for purchase on Libro.fm and wherever audiobooks are sold.