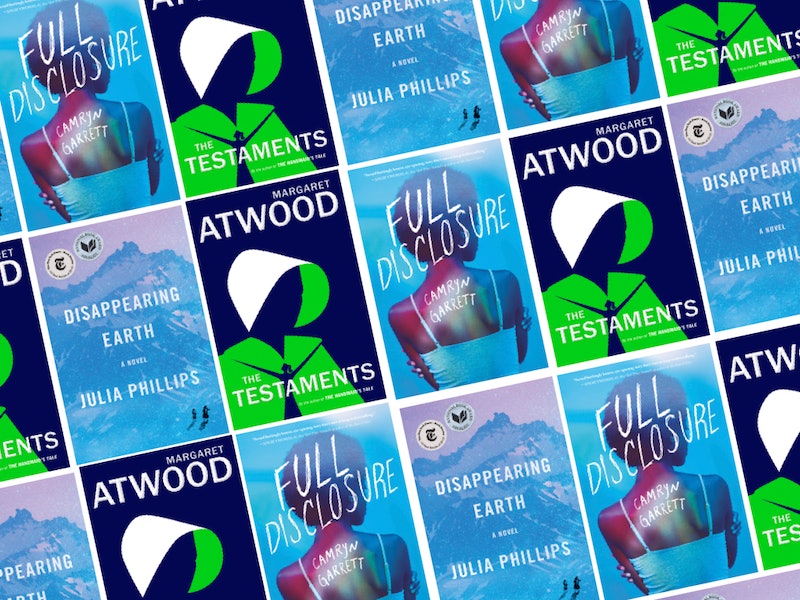 Just like the site's readers, Bustle's editors have diverse tastes in the books they devour. In February alone, the team dug into recent works of nonfiction, YA debuts, cult classics, long-awaited sequels, and more. It was a mix of both award winners and overlooked gems, the serious and the satirical. Here, we've gathered the best books Bustle editors read this month.

For the shortest month of the year, our editors read modern classics like Disappearing Earth, The Testaments, and 10 Minutes 38 Seconds in This Strange World. They're the kind of books that put you in the mindset of characters with entirely different circumstances, and help challenge you to think beyond your world view.

Some editors also previewed works that will hit shelves later on this year. Books such as Kate Elizabeth Russell's My Dark Vanessa (Mar. 10), which centers on the relationship between a 15-year-old and her 42-year-old teacher. Told over the course of seventeen years, it's a wholly modern look at the Lolita tale, and is already becoming one of the most discussed books of 2020.

Explore our editors' must-reads and let them inform your TBR piles and book clubs to come. Read on for everything the Bustle editors read in February 2020:

"2019 National Book Award finalist Disappearing Earth centers on a kidnapping on the remote Kamchatka peninsula in Russia's Far East, but the novel is more interested in how the disappearance of two young girls affects the community rather than what happens to the girls themselves. Unlike the myriad crime stories that use missing or dead women as character development for leading men, Disappearing Earth focuses each chapter on a woman whom the crime directly or indirectly impacts. What emerges is a sharply drawn portrait of a range of female experiences that feel deeply familiar despite the almost otherworldly setting." — Sam Rollins, Senior Entertainment Editor

"Full Disclosure is the kind of book that I wish I could have read when I was younger. (YA in the '90s was a mood but it was also usually very white and painfully prude.) It's a great story I devoured on a train ride, but what really blew me away was book's sex positivity, queerness, and the fact that the main character is a joyful, young black woman whose HIV status is treated matter-of-factly and without stigma. I don't think I've ever read or seen something that centers that experience, ever, and I cannot wait to read whatever Garrett writes next." — Karen Fratti, Associate TV Editor

The Testaments by Margaret Atwood

"Sequels can be tricky, particularly when they follow a critically-acclaimed first part, but Margaret Atwood’s The Testaments does not disappoint. Set 15 years after The Handmaid’s Tale, three overlapping narratives — the infamous Aunt Lydia, and two young girls: one who grew up inside of Gilead, and one who was smuggled out at birth — weave a positively Dickensian spy thriller. Though contrived in parts, it is the definition of a page-turner and, true to Atwood’s style, is heaving with philosophical significance and frightening (read: ominous) possibilities." — Sam Rogers, Executive Editor Bustle UK

In The Cut by Susanna Moore

10 Minutes 38 Seconds in This Strange World by Elif Shafak

"This book was everything. It’s often called a 'love letter' to Istanbul, but to me it resonated most powerfully as an ode to the all-encompassing joy and chaos of friendship. There’s a thread of magic realism, but Shafak anchors us in the lives of Tequila Leila and her friends, people who live on the limits of Turkish society and together build a community rooted in acceptance. I wish I could read it again for the first time, but I’m sure I’ll be recommending it for years to come." — Charlotte Owen, Digital Director

How To Do Nothing: Resisting the Attention Economy by Jenny Odell

"Odell, a California artist and academic, may have already written the manifesto of decade: a quiet, thoughtful illumination of everything wrong with the way we work now. Her 'obviously anticapitalist' argument undermines most of the myths on which late capitalism teeters: that we should all be entrepreneurs, that productivity is the most important value, that sleep is frivolous, that 'disruption' is preferable to care and maintenance, that the natural world exists to serve us, and most problematic, that we cannot reclaim our own attention from the lucrative business of distracting us. In illustrating how we have given our attention away — to platforms that sell our user behavior or encourage us to think and act in predictable ways — Odell insists that we can, with practice, take it back, and that this is our last remaining source of power." — Margaret Wheeler Johnson, Special Projects Director

"The sequel to Tamsyn Muir's 2019 debut about lesbian necromancers in space, Harrow the Ninth picks up right where the last book left off. Harrowhark Nonagesimus is working as the newest Lyctor — read: necromancer bodyguard — to the Emperor, who happens to also be God, but something's wrong. Why does Harrow remember the events of Gideon the Ninth much differently than we do? And why does she think Gideon — the memelord extraordinaire whose antics carried the first book to its shocking conclusion — died when they were children? Harrow the Ninth is an agonizingly twisted mystery that unfolds at a tantalizing pace under Muir's pen. Just as with Gideon the Ninth, I can't shout this book's praises enough." — K.W. Colyard, Books Features Writer

"Like many of us living in a post-#MeToo world, I've spent the past few years reading about the power abuses committed by bad men. But I've never read anything quite like Kate Elizabeth Russell's portrait of Vanessa Wye, a precocious 15-year-old who becomes involved with her much older high school English teacher. The novel follows Vanessa from the time she's 15 to 32, and charts the corrosive effect the relationship continues to have on her life. It's a thoroughly original exploration of those who eschew the label of 'survivor.'" — Samantha Leach, Culture Editor