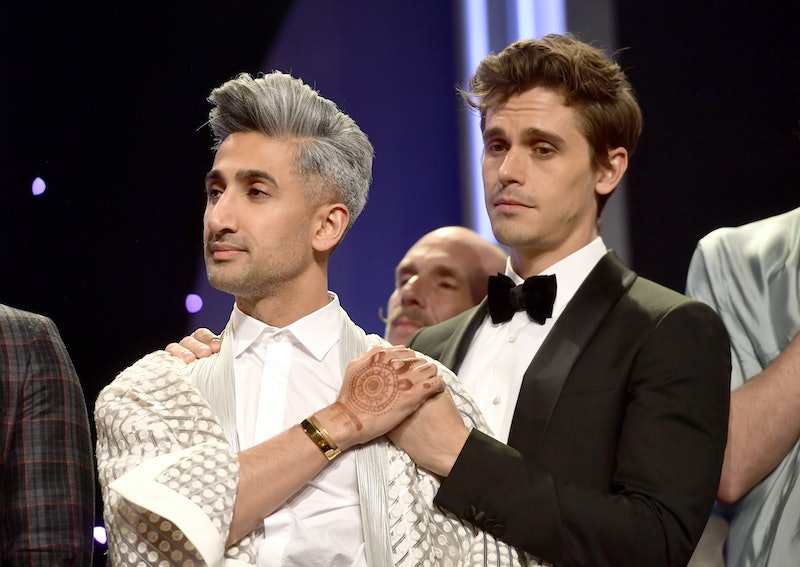 Growing up as a closeted queer, there were very few moments when I identified with what I saw in mainstream media. Thankfully, GLAAD, an organization founded in 1985 with the intention of accelerating LGBTQ+ acceptance has been relentlessly fighting to change this.

On Thursday, March 28th at The 30th GLAAD Media Awards in Beverly Hills, GLAAD honored media organizations and celebrities that have created visibility for LGBTQ+ individuals this past year. In attendance were stars ranging from Hayley Kiyoko, Jazz Jennings, Gigi Gorgeous, Tan France, Jonathan Van Ness, King Princess, to allies Beyoncé, Jay-Z, Lizzo, Meghan Trainor, and more. From speeches to performances, the night was filled with important moments that highlighted representation across the entertainment industry.

Below, see some of the many memorable moments that came out of such a meaningful evening.

To kick off the ceremony, Adam Lambert introduced a very sparkly and fierce Lizzo to perform "Juice". The crowd (myself included) could not contain itself.

Allison Janney presented Sean Hayes with the Stephen F. Kolzak Award for all his hard work advocating for LGBTQ stories. The Stephen F. Kolzak award is given to a professional in the entertainment and media industry who is actively fighting against homophobia.

Shangela Dances To Beyoncé In Front of Beyoncé

In preparation for Beyoncé to take the stage, Shangela danced to Beyoncé's greatest hits in front of the queen herself (and Jay-Z).

Fans were speechless. The internet couldn't get enough of the performance, instantly taking to Twitter.

Love, Simon To Accept An Award For Outstanding Film

Presented by Gwyneth Paltrow, Love, Simon was awarded in the Outstanding Film Category. The award was accepted by Greg Berlanti who gave a heartwarming speech alongside Nick Robinson, Josh Duhamel, Keiynan Lonsdale, and Alexandra Schipp. In his emotional acceptance speech, he thanked all the amazing young people who are the future of film and television. He said, "Unlike the scared kid I was, [these emerging storytellings are making sure] every gender and every sexuality will go to the movies and have their very own Love, Simon."

In celebration of the couple’s dedication to the LGBTQ+ community and use of their platforms, GLAAD honored Beyoncé and Jay-Z in the final minutes of the ceremony. Previous Vanguard Award honorees include Cher, Janet Jackson, Whoopi Goldberg, Demi Lovato, and Jennifer Lopez.

In 2018, Jay-Z was also acknowledged with a Special Recognition Award for “Smile,” in which he celebrated his queer single mother Gloria Carter.

When Jay-Z and Beyoncé took the stage to accept their award, Jay-Z started off by dedicating this years award to his mother. Beyoncé dedicated the award to her Uncle Johnny, who she said was "the most fabulous gay man, who helped raise me and my sister." Beyoncé continued by looking into the audience and declaring, "To choose who you love is your human right. How you identify and see yourself is your human right."

Overall, The 30th Media GLAAD Awards highlighted a diverse range of artists fighting for acceptance. I left both optimistic for the future of media and once again reminded of the profound power of representation.