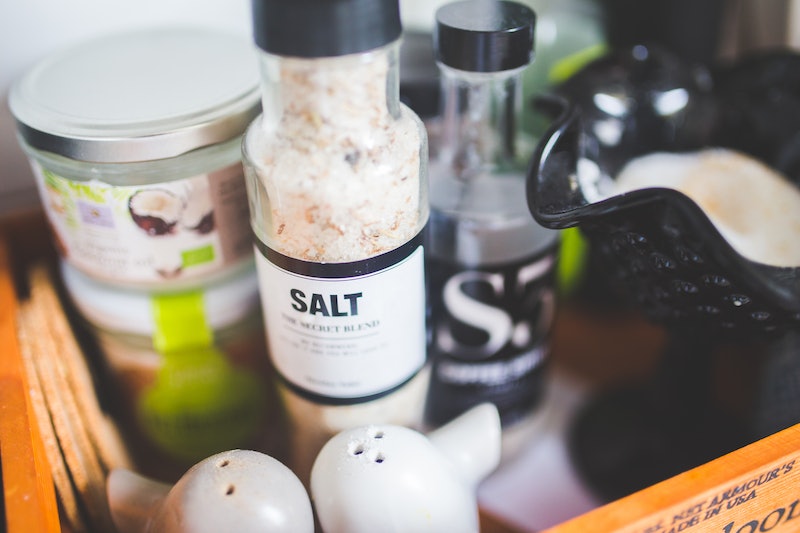 In just a few short days, Turkish chef and butcher Nusret Gökçe has captured countless hearts and stomaches across the Twitterverse as "Salt Bae." If you are a fellow carnivore looking for the absolute best Salt Bae memes and tweets, well, friend, you're in luck. Fans have been working overtime to show their appreciation for this culinary master, and what they have come up with is nothing short of genius. So, those hungry for something high in sodium and sensuality need look no further.

If you would have told me earlier that a man sporting a dark ponytail, goatee, round glass, and signature vest would become a sex symbol spawning a frenzy of adoration across the internet, I would have probably had trouble believing you; however, Gökçe is just so utterly meme-able that now, it's hard to imagine the internet without him. From the way he passionately tenderizes raw meat (on par with Fifty Shades of Grey), it is clear this steakhouse chain owner and mastermind was meant to be an internet star. Did I mention that he is an avid massager of cows? Yeah, I know, right?

Salt Bae is known for working round the clock, fathering enough children to start his own baseball team (nine of them, word on the street has it), and paying special attention to his beloved meat. Whatever he does, he does it extra, and his memes reflect this sentiment. His salt sprinkle has also become code for the ultimate mic-drop moment. So prepare to luxuriate in the best #saltbae memes that Twitter has to offer.

Health warning: All this sexy salt could give you high blood pressure.

More like this
Why TikTok Is Obsessed With Caesar Salads Right Now
By Alexis Morillo
Behind The Hilarity Of The "POV: You Walk Into My Room" TikTok Trend
By Lexi Inks
Why TikTok Is Flooded With Controversial Videos About "Pick Me Girls"
By Courtney Young
This TikTok Song About An Unrequited Romance Has FYPs In Shambles
By Emma Carey
Get Even More From Bustle — Sign Up For The Newsletter