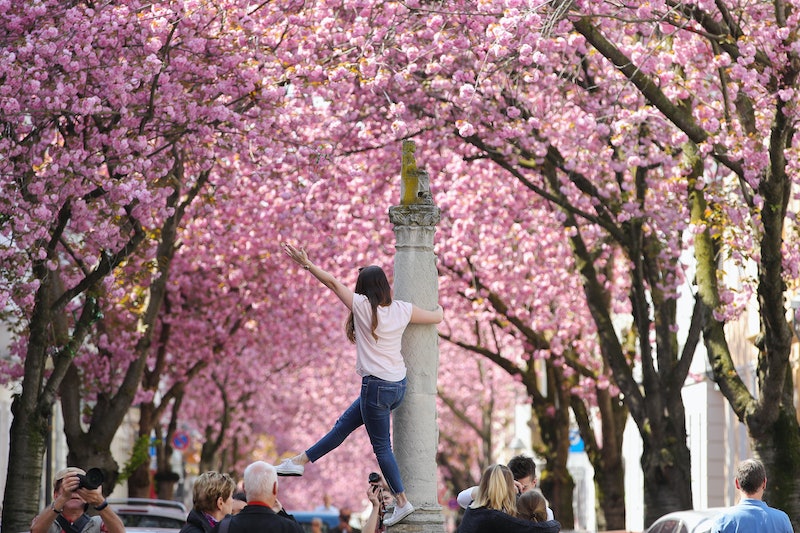 I have come to the end of my time in therapy — for the time being, at least. I've been seeing the same therapist once a week for the better part of five years, navigating both childhood and recent trauma, a PhD, major depressive disorder with suicidality, and a nasty tendency to have panic attacks in bookstores. My therapist and I have developed many tools and strategies together — I came off Twitter, for instance, and don't stay in contact with people who make me feel awful — but the most valuable advice my therapist ever gave me wasn't about my issues per se. It was about healing, and what "getting better" really means.

This has been a hard lesson, and it's one that has occasionally made therapy excruciatingly difficult. Like many people who'd experienced trauma, fear of not being believed has been a constant struggle for me. I was worried that my memory was flawed, that I was being unfair or over-critical, and that I should just be grateful for my many blessings and not get so caught up in the not-so-great parts. Once, during a fight, someone told me they thought my life was "actually pretty great," and that I wasn't dealing with anything that complicated or difficult. It was a sh*tty thing to say to someone dealing with the legacy of ongoing invisible wounds, but it's not like I haven't heard it before — from myself.

That inner doubt, paradoxically, made my progress in therapy harder, because I felt that if I healed and felt good, I felt like I'd be acknowledging that what happened wasn't that bad in the first place. Depression has some cruel knots in its logic. It whispers, "You're not actually damaged, because you're feeling OK today."

My therapist's answer to that? No. My gains just meant I was doing serious work to heal, not that the wounds were superficial.

Therapy is always supposed to move us forward, even if it takes us in many other directions to get there. "From the very onset of therapy, I always let my clients know that it is my job to work myself out of a job", counselor Jennifer Blough, owner of Deepwater Counseling in Ypsilanti, Michigan, tells Bustle. "This sets the stage for there being an actual endpoint, or goal of graduation."

My therapist wanted me to get to the point where I didn't need her any more. She made me understand that my work — and it was work, make no mistake, work that made me nauseous and exhausted every Thursday morning after a session — was getting me somewhere real.

The most important thing my therapist gave me was her belief in my struggles and in my progress. She would reiterate every time I expressed doubt about "deserving" therapy — and I did that a lot — that what happened was real, that it was serious, that the trauma went deep, and that I had good days not because I was a liar, but because I was a fighter. It's a message of belief I'm taking into my post-therapy days. The wounds are still there, but the fact that they no longer ache every day isn't a sign that they were ever insignificant. It's a product of my own effort. And I'm going to remember that.