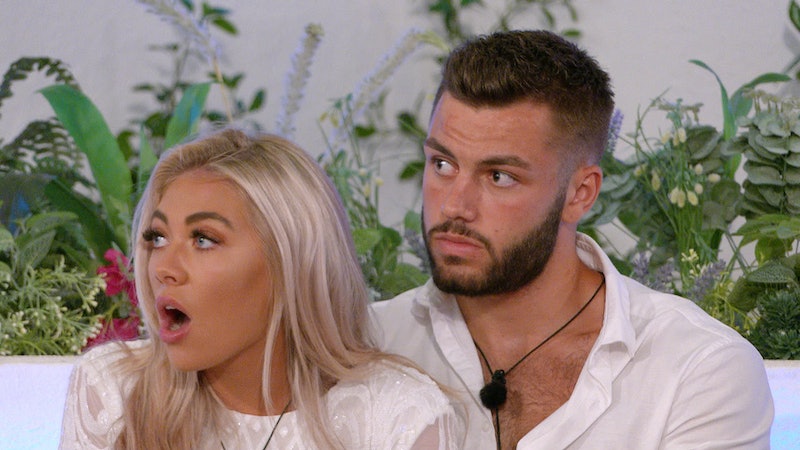 How are you feeling? Have you managed to recover from one of the most heart-wrenching winter Love Island episodes yet? Or are you still in shock at the explosive "stick or twist" that took place last night? No matter how you feel, a good meme or two is sure to lift your spirits. And social media provided plenty. So here's the best Twitter reactions to that explosive Love Island recoupling session.

Where do I begin? (Firstly, do not continue reading if you haven't yet watched the episode. Spoilers are, obviously, ahead.) After the emotional reuniting of Siânnise and Luke T and Paige and Finn, viewers were left on the edge of their seats at the dramatic decisions by some of the other islanders.

While it was obvious that Jess and Mike would part, Jess' shady speech left mouths agape. Demi broke everyone's hearts after holding out for Nas, only to receive a pie in the face when he walked back into the villa with Eva. But it was Shaughna and Callum's split the nation was dreading. Although the boys' facial expressions made what was to come crystal clear, Shaughna stayed true to herself and remained calm when Callum walked down those stairs with Molly in tow.

Here's how Twitter reacted to 60 minutes of an emotional rollercoaster.

Let's start with a nice one

Siânnise and Luke T just became everyone's fave couple. And his bromance with fellow Luke M is the cherry on top.

Mike went from Leanne to Jess to Priscilla in pretty quick succession. So it's no wonder Jess chose Ched, throwing serious shade at Mike in the process. "He’s shown interest in one girl and one girl only ... I never need to question whether he’s genuine ... He’s been honest, straight up, and so confident." Ouch.

There are a lot of feelings about Nas

Nas sacked Demi off and coupled up with new girl Eva, and no one was too happy about it.

A lot of feelings, I tell you

People are so unhappy they're already predicting a tumultuous future for Nas in the villa.

All Shaughna needed to do was look around at her fellow male contestants. Their faces said it all.

As if they didn't know what was about to happen

I don't want to see any man approaching Shaughna for a cuddle and a chit-chat.

Welcome to the Chaldish Club

Someone needs to lift the mood

And that someone is, apparently, former Love Island contestant Chris Hughes.

Shaughna's steely composure is only likely to lead to great things after her time in the villa. Go on girl.

Trust issues are spreading across the UK

Can you ever really know a person? According to Love Island, the answer is no.

ITV "forgetting" the next episode preview

What do they think they are playing at? It. Ain't. On.

But sadly so, so true.

You know what's coming. Demi and Shaughna will reign victorious, and that's the end of that.

More like this
We’ve Got A Text! Another 'Love Island' Series Is On The Way
By Darshita Goyal
Twitter Can’t Get Enough Of The Romance In 'Ekin-Su & Davide: Homecomings'
By Sophie McEvoy
Meet Jungle Runner-Up Owen Warner's Equally Handsome Brothers
By Sam Ramsden
Matt Hancock's “Cringe” Jungle Karaoke Left Twitter Reeling
By Sam Ramsden
Get The Very Best Of Bustle/UK