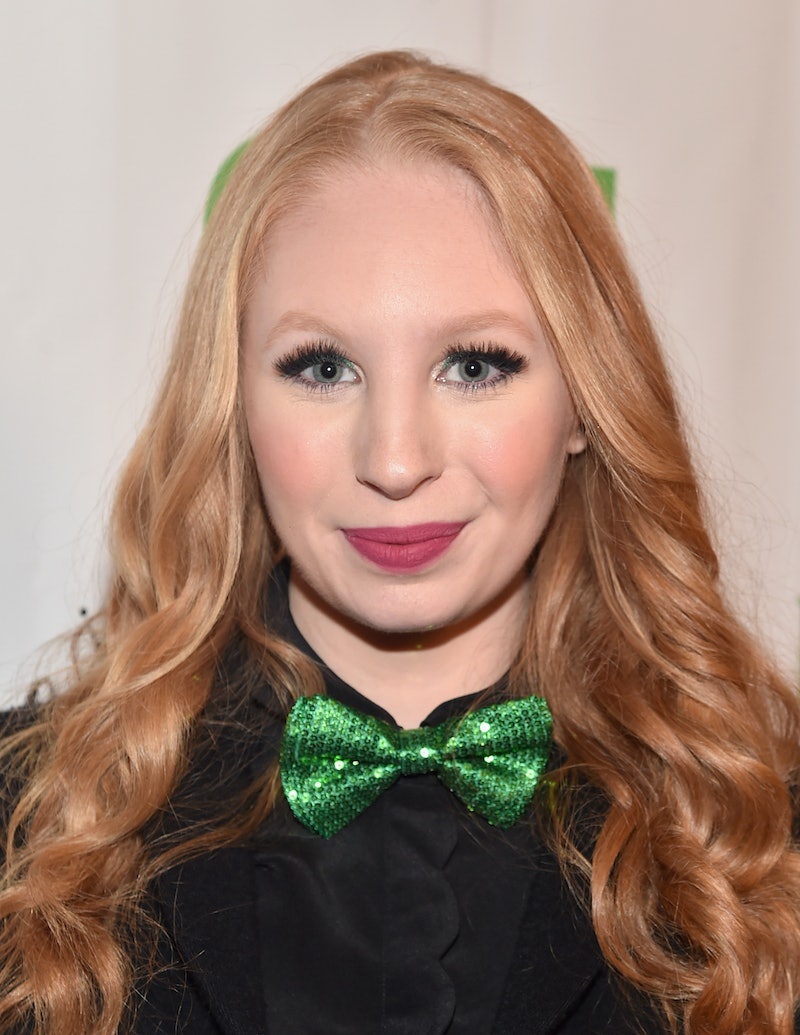 America's Got Talent may have some competition this summer. The CW's new talent show The Big Stage premieres on Friday, June 7, and will be hosted by Elizabeth Stanton and James Maslow. You may know Maslow from Big Time Rush or Celebrity Big Brother, but the 23-year-old Stanton has plenty of TV experience, too.

You might have heard of Stanton thanks to her long-running syndicated travel show on Fox called Elizabeth Stanton's Great Big World. On the air since 2011, the show follows her and her celebrity friends as they travel to various destinations around the world to learn about their cultures and ways to give back. The program has taken her throughout the United States, Europe, Africa, India, and beyond.

Stanton also stars in the teen sitcom This Just In, which she created and produced, according to The CW. The show is about about "a socially awkward girl who arrives at a new school and falls quickly into a group of rather eclectic friends each with their own issues," per Stanton's site. Its message encourages teens to accept one another's differences and practice kindness.

"This Just In is such a fun show to work on," Stanton told CelebSecretsTV. "I'm basically a nerdy kid in high school... I'd say I'm pretty similar to my character. Like, in real life I'm super quirky, clumsy, and always just trying to make the best out of a situation." She added, "I was never a popular kid in school, I was super nerdy. I was bullied when I was younger, so I'm a big advocate for anti-bullying."

Stanton has also hosted various segments for PopStar Magazine, including their YouTube talk shows PopStar This Week and PopStar's Best Of. In 2017, PopStar named her one of the top 10 actresses of the year, and also named This Just In as one of their top 10 shows.

Stanton and Maslow actually hosted the magazine's Best Of 2018 end of the year countdown show together on The CW. After working well together in the past, it makes sense that the pair were asked to share the stage as co-hosts once again. Stanton also hosted the Hollywood Christmas Parade on The CW last year alongside singer, actor, and dancer Garrett Clayton, and has hosted many other Christmas parades in the past, per her IMDb page.

When she's not on camera, along with her anti-bullying efforts, Stanton pursues additional philanthropic causes. She's passionate about supporting the Marines Toys for Tots Foundation, to which she has donated thousands of toys since she got involved. According to her website, her TV show has donated money to the homeless community of Los Angeles, her hometown, "ultimately helping to feed over 4,000 families in Los Angeles for two months."

By the looks of her Instagram, Stanton definitely stays busy with events, travel, and an adorable relationship. It's not clear how or when she allows herself a break, but she's definitely living her best life while striving to help others live theirs.