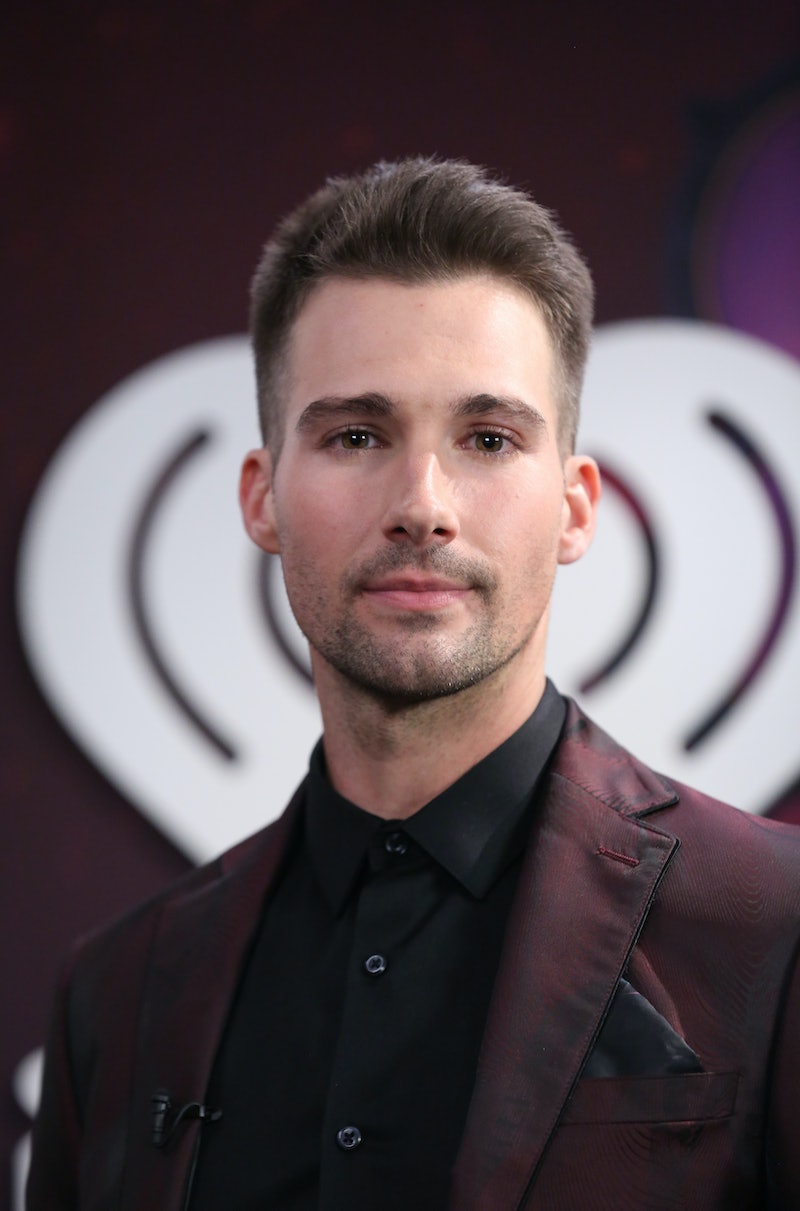 People can't seem to get enough of shows where people get to display their extraordinary talents. Though these series are usually hyper-competitive, The CW's Big Stage allows performers from around the world to show off their skills in front of a live audience without the pressure of trying to win. This means that not only is there no big cash prize, but no judges either, which leaves it up to the hosts to really connect with the audience and performers in hopes that people will tune in each week. And Big Stage host James Maslow may look a little familiar to pop fans.

Per IMDb, Maslow starred on Big Time Rush, a Nickelodeon comedy series that spawned a real-life boy band of the same name. The kid-friendly group released three successful albums, but decided to disband a year after their show wrapped up in 2013. Maslow kept his career going as a Dancing with the Stars contestant and starring roles in Sequestered and Seeds of Yesterday. He was recently spotted on Celebrity Big Brother in 2018, and now he's ready to take on a hosting role for The Big Stage alongside Elizabeth Stanton.

Maslow opened up to BUILD about his new prime-time TV gig, discussing how the show recruited its performers and why its format matters. "We've sourced the most amazing talents around the world from China to people at the residencies in Vegas and brought them to our big stage," he explained. "And without the pressure of competition, because it's not a competition-based show, we're allowing people to perform at their best and we're just sitting there getting to watch and host and comment and share it with the rest of the world. So, it's really cool."

He understands the stress of performing in front of a lot of people, so he thinks it's nice that the show doesn't put the pressure of eliminations on its performers. Maslow's cool and approachable personality shines in the interview and will undoubtedly keep viewers coming back for more.

Of course, the best way to really get to know Maslow is via his Instagram with nearly 2 million loyal followers. He has a ton of selfies and shirtless vacation photos, and several posts to update fans on his latest solo music updates. He recently teased the upcoming video for his current single "Love U Sober" with a picture of him in a white suit in front of flames because, well, he's hot. Many of the comments are from Big Time Rush fans who will support everything their fave does, but his posts might make a lot more people want to watch The Big Stage and see more of his ridiculously handsome face. Well, and maybe for all of those talented acts, too.

Hopefully, the show's premise of allowing others to spread joy though performance will lead to a successful venture into TV hosting for Maslow. He's been a boy band member, reality competition contestant, and actor, so he's ready too add another title to his résumé.

More like this
Kim K Is Putting Kanye’s Memorabilia — Like Grammys & Clothes — In A Vault
By Jake Viswanath
A Taylor Swift Documentary About The Ticketmaster Fiasco Is Streaming Now
By Grace Wehniainen
Elton John Shares Plans For Landmark Glastonbury 2023 Performance
By Sam Ramsden
The 'Love, Lizzo' Harry Styles Scene Is Just 1 Moment That Made Fans Feel Seen
By Brad Witter
Get Even More From Bustle — Sign Up For The Newsletter