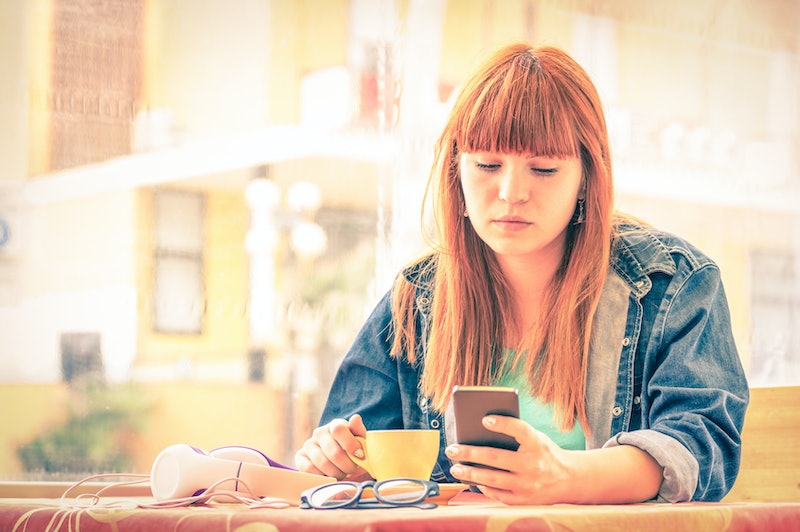 I'm always surprised to hear the common complaint that people on dating apps are just looking for hookups, because the numbers never back it up. In fact, a new report by ReportLinker, a technology company that specializes in data, looked at how over 500 U.S. singles use dating apps and found that one of the major drawbacks for users was that they felt others weren't looking for something serious.

"Dating apps have the portability factor, so you can use them while you’re on the bus or waiting for an appointment,” New York–based relationship expert and author April Masini tells Bustle. “Because they’re so easy to use on phones, you can take them with you and use them all over the place. Your life can be a lot more flexible with these portable apps. They can be big-time savers and success builders in dating.”

That being said, I know they're far from perfect. So what problems do people have with online dating? Here's what ReportLinker found: