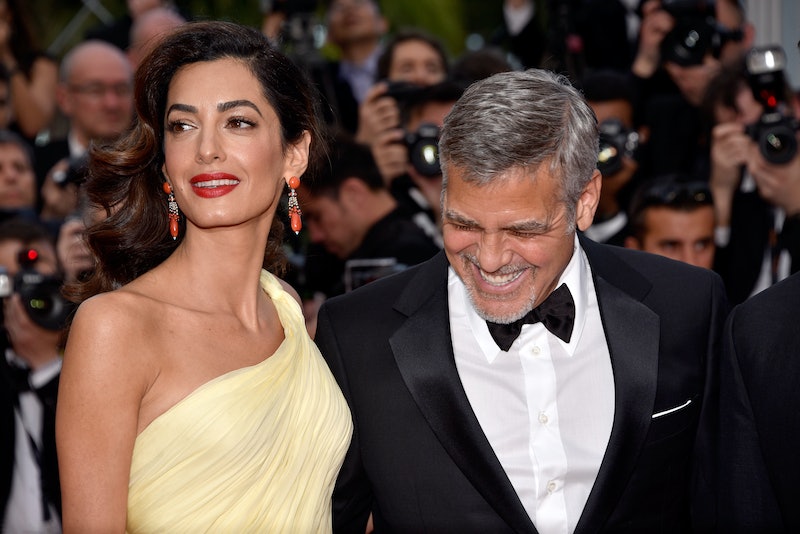 In a hilarious and lighthearted statement released Tuesday, it was announced that Amal and George Clooney are now parents to twins named Ella and Alexander. Of course, people are freaking out with excitement on social media. Who isn't? As many are expressing on Twitter, the birth of George and Amal's twins is exactly the type of news people need now more than ever.

There's no doubt that ever since the results of the 2016 U.S. presidential election were announced last November, the nation has been on a non-stop roller coaster of emotions. It's a roller coaster that is going to continue for the next four years, so it makes sense that people are going to bask in happy news. You know, even if that news is about a celebrity couple welcoming a baby or babies.

What's more beautiful than the birth of a child? It's a miracle and one that is able to put a smile on peoples' faces. Not to mention, it's a wonderful way to momentarily forget about the world's madness. That's exactly what's happening now that Amal and George are officially parents.

No pressure, George and Amal, but based on the following Twitter reactions, Ella and Alexander have a lot of work ahead of them to continue to keep people smiling. Seeing as they are Clooneys, I have a feeling that won't be an issue.

The World Really Needs This

It's about time, right?

This Gif Sums Up The Happiness

Just Forget About The Bad For A Few

Just put all of the darkness to the back of your mind.

It actually is pretty important news.

The Twins Are Basically Heroes

Ella and Alexander, you're already heroes and you don't even know it.

The Good News Was Needed

It's a relief, really.

They'll Probably Save The Planet

Who Rules The World?

Great Way To Clear Your Mind

The Excitement Is Very Real

It's nothing to be ashamed of.

You might think it's ridiculous that people are gushing over Amal and George's thrilling baby news, but, hey, they're going to take happiness wherever and whenever they can get it.