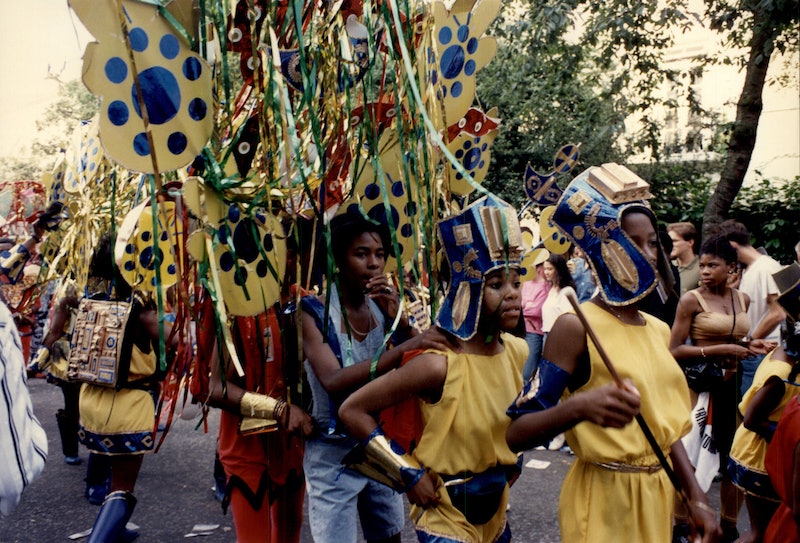 Black history has not been well-documented in the UK. This has made it hard for people of African and Caribbean descent to learn about their heritage and it can often feel like the rich black history has been erased. So to coincide with the end of Black History Month, The Black Cultural Archives has digitised its collection in partnership with Google Arts and Culture. Founded in 1981 by Len Garrison, BCA has sought to shed light on black history and the collaboration will be bring their images, artefacts and artwork online so everyone can appreciate the diversity and abundance of black history.

One of the photos in the BCA collection shows a man holding a sign saying "let black history, be no mystery," and that's what BCA are intending to do with this new partnership. As "the only national heritage centre dedicated to collecting, preserving and celebrating the histories of African and Caribbean people in Britain," they have over 4,000 artefacts in their collection which will now be available to view online, alongside specially-created online stories and exhibitions.

Among these stories is one on The Black Women's Movement, which focuses on the rise of black feminism in the UK. It looks at the work done by the feminist group Organisation of Women of African and Asian Descent (OWAAD), co-founded by BCA patron and writer Stella Dadzie. The exhibit features many things from Dadzie's personal collection, including a board game "Womanopoly" described as "a humorous, tongue-in-cheek exploration of the way the cards are stacked against women as they progress through their careers."

Another exhibition featured on the site is Black British Dance which examines the history of dance through the Black British lens. The archive notes, "African heritage dance is a way that culture is carried through generations and across oceans." It features Les Ballets Nègres, the first Black European dance company, founded in 1946 by Berto Pasuka and Richie Riley. All the dancers were of Afro-Caribbean descent and in their first season they had a sold out run at the Twentieth Century Theatre at Westbourne Grove, London. But sadly they didn't win the support of British funders so had to close in 1953, as The Guardian reports. As well as the exploring the origins of Black British dance, the exhibition also takes a look at popular dance styles including hip hop which have their roots in black culture and history.

The Black Women's Movement and Black British Dance are just two of over 30 specially-created exhibitions on the site. Arike Oke, the managing director of BCA said of the project: "as BCA is the home of Black British history, it's extremely fitting that we've been able to collaborate with Google on this important project. The fact that people from across the world will now be able to access our archive digitally is a perfect compliment to our mission to put our history on the map." This is a pretty monumental step to ensure that black history is no mystery.