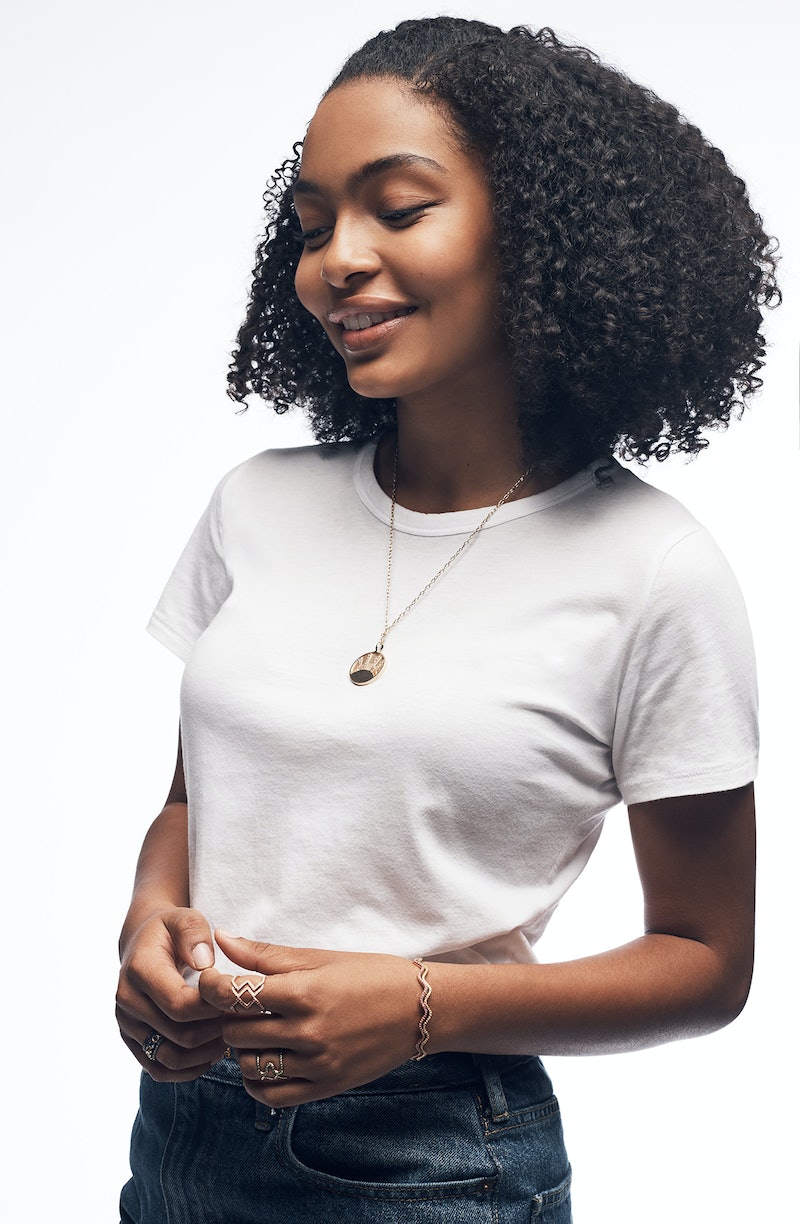 She's all grownup-ish! And, on top of that, she's seeing the world through whole new eyes. As actor Yara Shahidi explains, her new black-ish spinoff will tackle the topic of intersectional identities, amongst other important social issues. The show will make it clear that her character, Zoey Johnson, is continuing to grow and mature from who she was when we first met her. During a recent interview in support of her new Gap ad campaign, the 17-year-old entertainer reveals that the spinoff, college-ish, will continue with the trend of addressing important social topics and will shed light on the lesser discussed issues such as intersectionality. According to her, the show's new setting is the perfect backdrop for that.

The adolescent model goes on to detail some of the situations that Zoey will have to face within the new normal of intercollegiate life. "I'm looking forward to Zoey, who is, in Black-ish, possibly the most really progressive, to be kind of confronted by issues she's never had to face," Shahidi explains.

"There are now so many other options that we have. There's no longer a singular I'm going to choose that I'm this, this, and this," she says on the subject of identities. "But rather... you don't have to choose — which is beautiful. [But], also, for a person like Zoey... it's not what she's been raised around. How is she going to adjust to that?"

The similarities that she and Zoey may share during this coming of age voyage of learning and self-love is something that interests the actor as well. "I'm going to be curious to see how Zoey defines her own blackness. And is it the same as how Yara defines it? Is it the same?" she says. "I think there's a journey of being biracial and discussing the idea that, OK, genetically I may not be fully one or the other, but the heritage that I love and accept and the culture I love and accept, I'm fully both. And so I want to see what kind of conclusion Zoey will come to on her journey."

It feels like Shahidi has literally grown up right before our very eyes on black-ish as Zoey Johnson and I can't wait to see her flourish on the new series, which is set to premiere sometime in 2018. With her now headed to college on the small screen and in real life, it's amazing to see that she's blossoming into the smart and intelligent woman, and role model, that we always knew she'd be.

More like this
Ozzie’s Coming Out Scene With Kitty On 'That ’90s Show' Has Twitter Sobbing
By Brad Witter
"Lavender Haze" Star Laith Ashley Breaks Down Filming With Taylor Swift
By Jake Viswanath
Janelle Monáe’s Nonbinary "Coming In" Was About "Truth & Authenticity"
By Brad Witter
Another Side Of Rupert Grint
By Maria Sherman
Get Even More From Bustle — Sign Up For The Newsletter
From hair trends to relationship advice, our daily newsletter has everything you need to sound like a person who’s on TikTok, even if you aren’t.