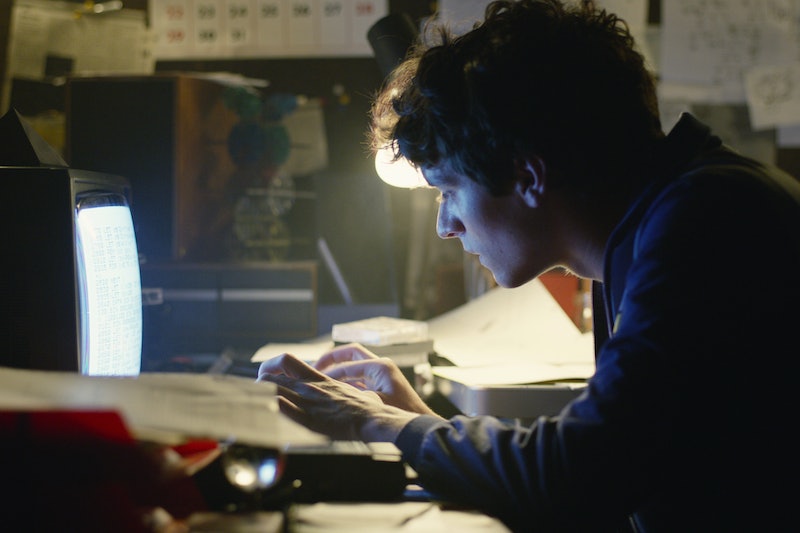 Cracking the code and finding all of the possible endings for Netflix's choose your own adventure movie Black Mirror: Bandersnatch became the internet's favorite pastime quite literally overnight. Once you've found all of the obvious finales, it's time to dig a little deeper. Because Bandersnatch's secret endings are well worth playing through the film multiple times to find. Fair warning, there are spoilers for many of the film's endings ahead.

Reddit user armaghanbashir has handily mapped out 14 (yes, 14!) endings so far. The film's newly formed fandom is still debating what constitutes an ending — some choices are more like dead ends that prompt you to try again, while others are "official" finales that lead to the credit sequence. For the purpose of this article, I'll consider both since some of the trippiest endings prompt you to start the adventure all over again.

If there is an official secret ending to be found, it appears to be the one that leads fans to a hidden page on the Tuckersoft website that includes a download link for a real version of the Nohzdyve game. In order to reach this ending you not only have to go through some intense in-game choice making, you also have to do a bit of real world legwork too. The Wrap has mapped out a reliable path that will lead you to the post-credits scene where Stefan pulls out a copy of his finished game and listens to it spewing code on the bus. (As reported by The Wrap, enterprising fans ran the sound through a ZX Spectrum emulator to reveal the QR Code that unlocks the secret page.)

That's just the "official" secret ending. You can also access two alternate endings by repeating the chop/bury choice near the end of the film. If you bury Stefan's dad a second time, Colin will show up at the door and the viewer is given the choice to kill him or let him go. Repeat the scenario a third time, again choosing bury, and the Tuckersoft CEO shows up at Stefan's door instead. No matter who ends up at the door, the bury option always seems to end with Stefan being arrested and in jail before completing the game.

Before you reach the point where the film more or less dictates that Stefan must kill his father, there's another path that leads viewers to a pair of jump scare endings. If you don't talk about Stefan's mom at the therapist, and don't follow Colin, you'll eventually get to the safe and the options will be "JFD" and "PAX." Neither of these will open the safe, but PAX leads to a vision of the monster, and JFD results in a vision of the Bandersnatch author. Neither of these "endings" will take you to the credits. Instead, they bounce Stefan back to an earlier point in the story.

Finally, when you reach the option to choose to pick up the family photo or the book, choose the family photo (and then go back and choose it again), and the movie serves up a nightmare featuring the Bandersnatch author stabbing Stefan. Again, the credits don't follow this fateful encounter, making it an unofficial ending, but completists will no doubt want to check it out.

Those are all of the secret Bandersnatch endings that have been discovered so far, but it's entirely possible that list will grow in the coming days. The labyrinthine nature of the movie's plot means there's always more to discover — maybe, just maybe, there's even a happy ending for Stefan out there waiting for a devoted fan to stumble across it.