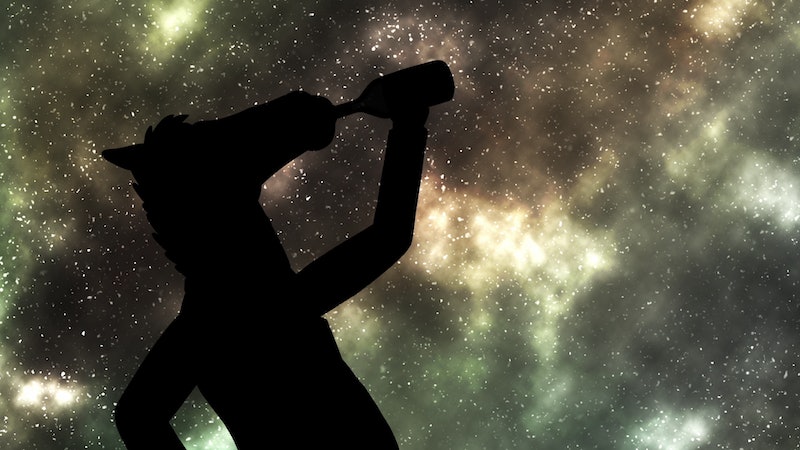 Spoilers ahead for the BoJack Horseman series finale. The penultimate episode of BoJack Horseman Season 6, Part 2 could have easily been its last. "The View From Halfway Down" is both poignant and gut-wrenching and ends with the protagonist's heart monitor flatlining. Upon first watch, it feels like it should, or could, at least, have ended there, with BoJack being enveloped in the tar-like substance that followed him throughout the episode. But that BoJack survived is arguably the better ending for the series, as it asks both the other characters and the audience to continue reckoning with their relationship with this likable, yet awful, man.

The final episode, "Nice While It Lasted," then functions as an epilogue, following the titular horseman as he gleefully wakes up in the hospital and proceeds to go on trial and finally prison for breaking and entering. In some ways, the finale seems like a cop out — wouldn't BoJack's death have made a much more final and affecting ending to an equally morose show? Furthermore, does he even deserve redemption? The obvious answer is that this ending would have been too dark — too triggering for many viewers (and understandably so) and too completely devoid of hope, even for a show like BoJack Horseman.

Allowing the horseman to live is arguably the more difficult path for him to walk. It's not about whether he deserves redemption, it's about how one even goes about achieving it in the first place, if it's even possible.

It's important to note that men are the only ones who remain unequivocally loyal to BoJack following his public scandal — Mr. Peanutbutter greets him at the prison gate, while Todd thoughtfully suggests that they go down to the beach when he notices BoJack struggling with the crowd at Princess Carolyn's wedding. Vance Waggoner, of course, agrees to be his sponsor earlier in the season, much to his detriment.

Understandably, the women are more hesitant. The old Princess Carolyn would have had no reservations about taking BoJack back as a client, but after adopting her daughter, she's begun making more informed decisions as she's picturing the world she wants Ruthie to grow up in. As a result, Princess Carolyn tells her old friend that once he's out of prison she can refer him to an excellent agent, implying that she will be keeping a polite distance.

Hollyhock sends her half-brother a devastating letter whose contents we never learn. As for Diane, it's obvious that their friendship will cease to exist after she leaves the roof. She speaks of their relationship in the past tense, thanking BoJack for everything he's done for her. "I think there are people that help you become the person that you end up being, and you can be grateful for them, even if they were never meant to be in your life forever," Diane says in the show's closing minutes.

Although BoJack tells Mr. Peanutbutter that his sentence is for breaking-and-entering, he explains that it's kind of for everything. Does that mean the public, and by extension, the audience, should forgive him?

As viewers, we are all complicit in BoJack's actions, just like Diane, Princess Carolyn, and Mr. Peanutbutter are. He is the embodiment of the problematic white, male antihero. The series carries his name — it is unequivocally about him. As such, the audiences have had to justify his actions over and over again in order to continue watching his downward descent, which we've done with an equal mixture of sympathy and schadenfreude.

That said, BoJack has also made strides to get better. He has attended rehab, gotten sober, made amends, and (literally) done his time. But is that enough? Is publicly admitting that you've made mistakes all that's required after all the sins he's committed?

"Sometimes life's a bitch and then you keep living," Diane says.

BoJack still holds a pessimistic world view — how could he not after the recent series of events? — but the fact remains that life will continue, and so will his career. And there's the rub. "Every day it gets a little easier," a baboon told BoJack in Season 2 after he took up jogging. "But you gotta do it every day — that's the hard part." Just like sobriety. Or choosing right over wrong.

This is difficult, especially for someone with BoJack, whose worldview could be described as "Life's a bitch, and then you die," as he tells Diane on the roof. She pushes back on that, however — one last gift before she goes. "Sometimes life's a bitch and then you keep living," she says.

If Season 6 had ended with BoJack's death, he arguably would have been commemorated as a martyr, as problematic white men tend to be in our culture. But at the end of it all, he is just BoJack Horseman, who many people hate, and in whom others confide that the #MeToo movement has "gone too far." As a result, he is forced to wake up every day and continue to fight his addiction, fight his impulses. Who knows whether he will continue on his path of self-improvement, or if he will backslide.

There's a painting which used to hang in BoJack's house, which depicted himself swimming in the pool while a second BoJack looks down at himself. It's a parody of David Hockney's painting Portrait of an Artist (Pool with Two Figures). Season 6 takes both scenarios — one where BoJack drowns in the pool and one where he lives and looks down at himself — and shows audiences both paths. The only question left is: What will he do now?