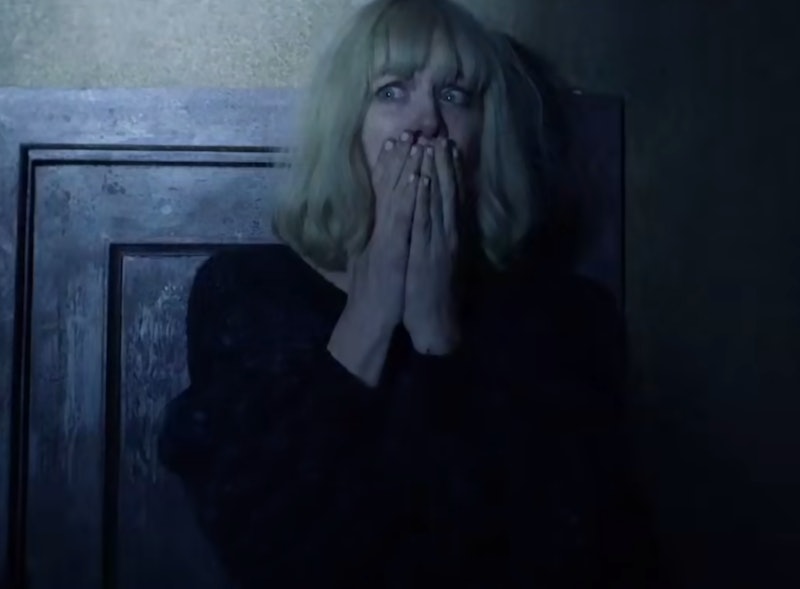 Horror stories are timeless. There's something about being frightened that speaks to the core of the human experience. See: The Turning, which opens in theaters Jan. 24. This frightening film, starring Mackenzie Davis and Finn Wolfhard, isn't exactly a new story. The Turning is based on The Turn of the Screw, which is a horror novella written by Henry James way back in 1898. It's a story that's managed to resonate so strongly that it's been adapted into a myriad forms, each providing an interesting perspective on the classic ghost story.

This upcoming film adaptation follows Kate (Davis), a woman who is hired to be a governess (also known as a private tutor) to an orphaned brother and sister, Miles (Wolfhard) and Flora (Brooklynn Prince). Shortly after she meets them, she notices that the children are acting strangely. And on top of that, she begins to notice strange apparitions around the old country mansion that the children — along with their uncle — call home. Unsure if they're keeping secrets from her or not, it's up to Kate to figure out the truth behind what's really going on with the family.

Originally, the novella came out in a series of 12 installments between Jan. and April 1898 in Collier's, a weekly periodical. Following its release, the story became a lightning rod for critics who posited a multitude of theories as to whether the supernatural events witnessed by the governess were real or simply figments of her imagination. Though each "side" of the debate provides intriguing arguments, most of the critics agree that the story's strength lies in its ability to inspire such debate, and, more specifically, to get the reader to suspend disbelief enough to argue for or against the motivations of fictional characters.

It's not a stretch to think that the story's ability to elicit such strong emotion helped ensure its timelessness. After all, the story continues to haunt and scare audiences to this day. One popular film adaptation is 1961's The Innocents, which starred Deborah Kerr as the governess Miss Giddens, Pamela Franklin as Flora, Martin Stephens as Miles, and Sir Michael Redgrave as their uncle. A similar, though not explicitly connected, film that more modern audiences might recognize is 2001's The Others, which starred Nicole Kidman as a mother of two children who comes to think that her home might be haunted.

And this time around, The Turning follows the 1898 novella pretty closely, with the only difference being the added framework of presenting the governess' account of things as a letter being read by a friend of the novella's unknown narrator.

If after viewing The Turning, your hunger for more gothic-style ghost horror still lingers, turn your sights to Netflix's upcoming The Haunting of Bly Manor, which they revealed to be a direct adaptation of James' 1898 novella last February. The Haunting of Bly Manor is the next series in Netflix's Haunting anthology, which began with another novel adaptation, The Haunting of Hill House, based on Shirley Jackson's 1959 novel. That series premiered to critical and audience acclaim, and it will be interesting to see how series creator Mike Flanagan puts his own spin on the story when it premieres sometime later this year.