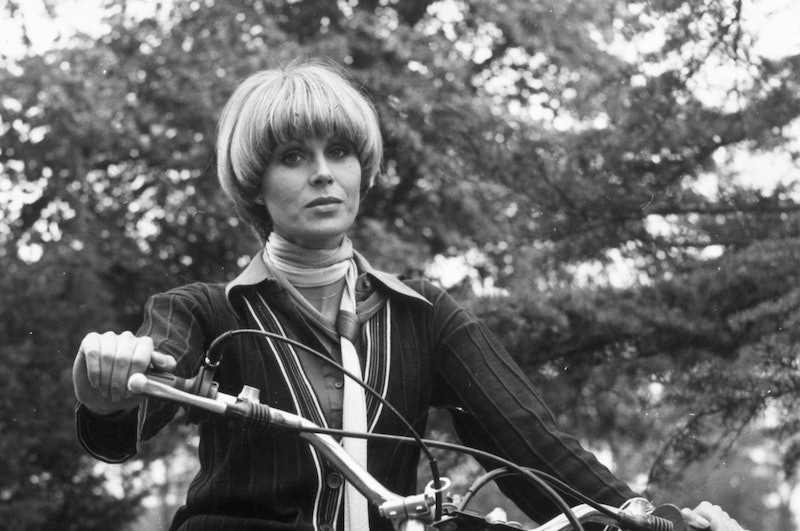 Some surprising makeup and hair trends have made their way back in recent years, but here's one sentence I never thought I would utter: the bowl haircut is making a comeback. Yep, the retro hairstyle we were always taught to avoid and probably haven't experienced since we were kids, is back. But this time, it's different. A little cooler, a little more modern, and far more wearable. Here's how to do it...

Let's start with a little history lesson. As Vogue points out, the bowl haircut was most in fashion during the sixties, when designer Mary Quant was rocking the look, cut in by none other than Vidal Sassoon. Since the sixties, the style has been seen on stars throughout the ages, including a young Joanna Lumley and Demi Moore back in the '90s (just think of her hair Ghost).

Celebrities such as singer Robyn, model Agyness Deyn, and actor Ruby Rose have also given the style a go over the years. Euphoria star Zendaya has tried it out in a few different styles, opting for a slightly longer look when she rocked it at the Met Gala in in 2016. (Oh and who can forget the frenzy fans were sent into when Timothee Chalamet chopped his gorgeous locks into a bowl cut for his role on The King?)

But perhaps what brought the look right back into the present was Charlize Theron's new cut, which has a bowl shape with blonde colouring on top and a darker undercut.

The actor has been rocking a noticeably shorter, more shaped cut during the press tour for upcoming movie Bombshell, and the man behind the look, Adir Abergel, has spoken to Allure about the vibe he was trying to achieve:

"I had been thinking about how to take Charlize’s dark hair into something cool and modern," he explained. "I created the concept around '90s images of Linda Evangelista shot by Peter Lindbergh."

Theron's style has a slight v-shape at the back, giving it a softer feel than a straight-around bowl circular cut. Colourist Shannon Gallacher was the master behind the colour, creating the "wheaty blonde" shade on top.

But how exactly can you wear the bowl cut IRL? Windle London stylist and session stylist Sergio Renis explains that this look "speaks to a more eccentric fashionista audience," and best suits square face shapes rather than those with round faces.

There are definitely ways to modernise the look to make it wearable today. Renis explains that the best ways to do this is to ask for softer layering and softer colours. Pastel and warm hues will work best with this slightly harsh look. Just be sure to liaise with your stylist before committing to a look.