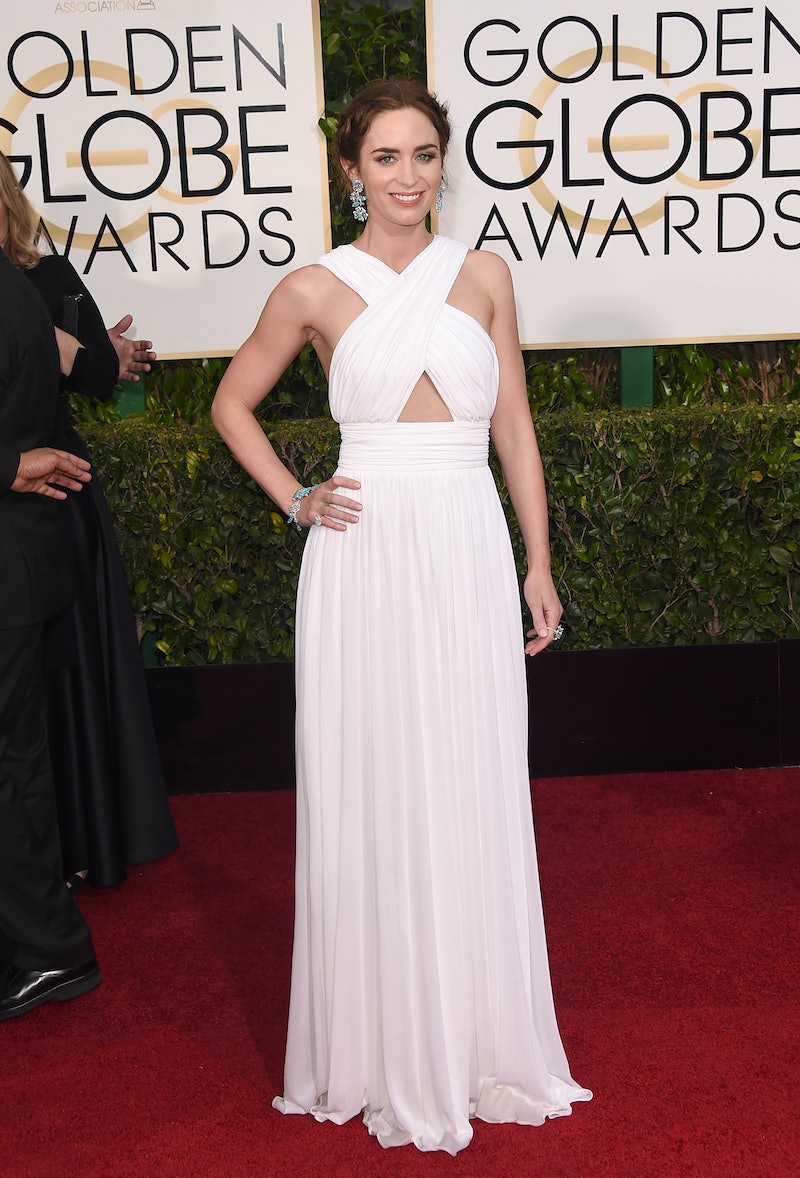 The 76th annual Golden Globe Awards will be taking place in the infamous Beverly Hilton Hotel this Sunday, and will kick off the 2019 awards season. This year's lineup of nominees have emerged from a strong twelve months of both cinema and television, and once again the Brits are flying the flag for our home grown talent, with a significant presence among the various major categories.

As reported by Sky News, among the British Golden Globe nominees is Emily Blunt for her magical role in the Disney sequel, Mary Poppins Returns, as well as Broadchurch star, Olivia Coleman, who has been given a nod for her striking portrayal of Queen Anne, in the historical drama The Favourite. Other British female leads going for gold this weekend include Rosamund Pike, for her appearance in A Private War as the British war correspondent, Marie Colvin. Elsewhere, Claire Foy enjoys a nomination for playing the wife of U.S. astronaut Neil Armstrong in First Man, and Rachel Weisz is hoping for Globes victory for her supporting role in The Favourite.

Over in the boys' corner are Sherlock's Benedict Cumberbatch for Patrick Melrose, a film based on the Edward St Aubyn novel series, and Hugh Grant who is nominated for his role in A Very English Scandal, which tells the story of MP Jeremy Thorpe, who was accused of conspiring to murder his ex-lover, Norman Scott.

Welsh actor Matthew Rhys, who recently appeared in BBC Two's Death and Nightingales, is nominated for his work in The Americans, and Scottish actor Richard Madden has been recognised for his role in Bodyguard — which has also been nominated for best TV drama series. One controversial addition to the lineup of British nominees is London native Sacha Baron Cohen, who has been handed a nomination by the Golden Globes for his satirical TV show, Who Is America?

Leading the nominations at this year's star-studded ceremony is the political biopic Vice, which has bagged an impressive six nominations, slightly ahead of The Favourite, Green Book, and A Star Is Born — each of which enjoy a respectable five nominations each. The Spike Lee directed film, BlacKkKlansman, and Mary Poppins Returns both have a total of four nominations to look forward to at Sunday's ceremony, while the Queen biopic, Bohemian Rhapsody, has two – including a Best Actor nomination for Rami Malek, for his incredible portrayal of Freddie Mercury, reports the Belfast Telegraph.

The most nail-biting moment of the evening will of course come once the 2019 Best Motion Picture winner is announced. In the running this time around is the Marvel superhero smash Black Panther, the musical biopic Bohemian Rhapsody, The Bradley Cooper and Lady Gaga led A Star Is Born, and If Beale Street Could Talk.

As reported by Vogue, the 2019 Golden Globes will be hosted by Killing Eve and Grey's Anatomy actress Sandra Oh, alongside Brooklyn Nine-Nine's Andy Samberg. The duo previously presented an award together during last year's ceremony, and this time around will take the reins of the entire show.

Although a tonne of international talent will be celebrated throughout the glamorous evening, I'll most definitely be rooting for our amazing British on-screen stars this weekend. Good luck guys.