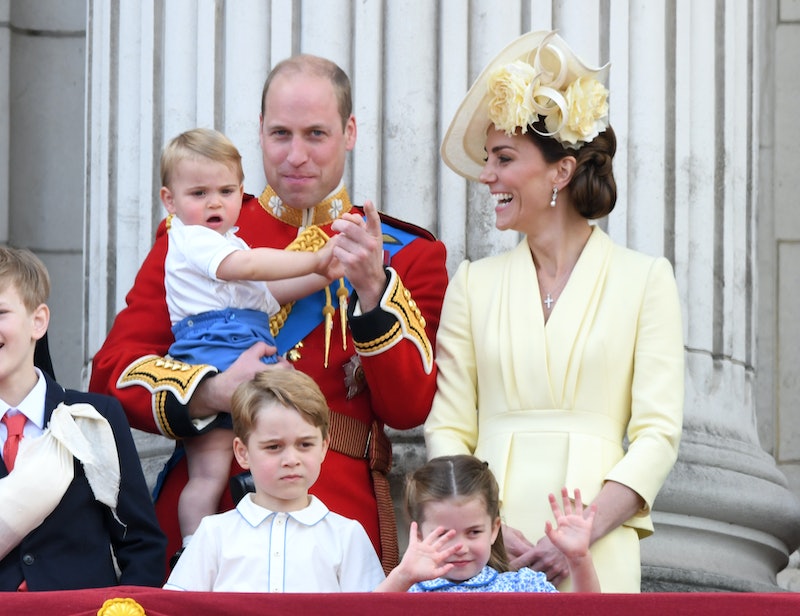 The past few months have been rather busy for the Duke and Duchess of Cambridge, not least due to Meghan and Harry's new non-royal roles and an increase in formal engagements for them. But Prince William and Kate are keen to strike a balance, it seems. Last week the royal couple took their children lambing in Norfolk, and by all accounts, Prince George, Princess Charlotte and Prince Louis loved it.

Prince William, who is patron of the Welsh Rugby Union, was attending a Six Nations match in Cardiff over the weekend (Feb. 22) and met with injured rugby players ahead of the Wales v. France clash at the Principality Stadium.

Among the athletes supported by the trust and present on the day was Rhian Roberts. She told the Duke that she had married into a dairy family in West Wales when he offered up his family's half term adventures: "Charlotte wasn’t sure at first but George was straight in there. Louie loves the tractors," he said. "They love seeing the lambs and feeding the lambs. Dairy farming – you are all seriously tough.”

According to the Evening Standard, Roberts described Prince William as “down to earth” after their meeting. "They want the children to see the country way of life as well as the city way of life,” the former club Y Piod Pinc player added.

With half term over now, and Prince George and Princess Charlotte back at school, the royal couple will resume their normal activities and appearances. Next on the agenda: a planned visit to Ireland, which will take them from Dublin to Meath, Kildare and then westwards to Galway next week.