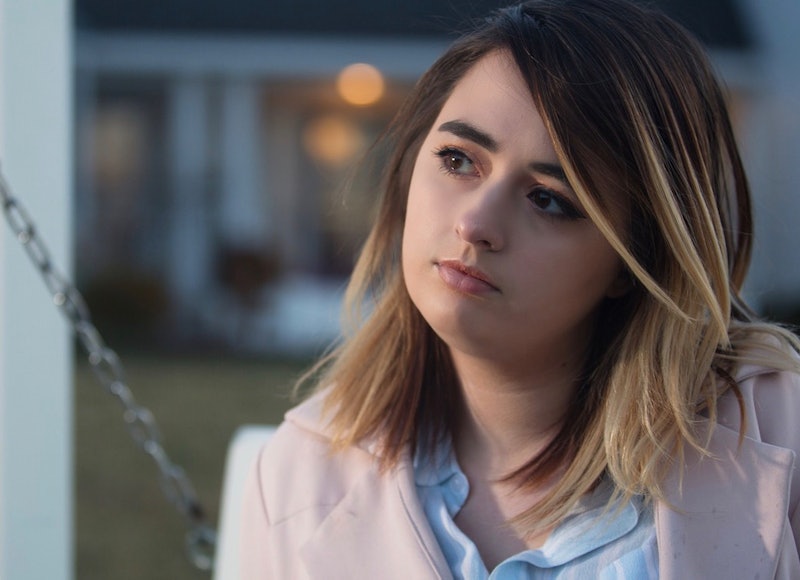 In this op-ed, writer Georgia Shenk, who worked at a mall next to the office of a daily newspaper in Annapolis, Maryland, describes what she wants America to know one year after the Capital Gazette shooting left five journalists dead.

I was two hours into my shift inside of the Westfield Annapolis Mall on Thursday, June 28, 2018, when my watch buzzed with messages from my boyfriend: “Are you OK? There’s an active shooting in the mall.” He was mistaken. “Nope, no shooter here,” I replied. Still, something felt off, so I opened Twitter. My heart plummeted.

I saw video of dozens of emergency vehicles swarming the mall. They weren’t headed toward us, though — they were racing toward the office of the Capital Gazette, a newspaper stationed right next door. I was less than a quarter mile away and had heard nothing. Eventually, I crept up to my manager with my phone in tow and asked what was going on.

My manager breathed a heavy sigh and scrambled to answer. They didn’t know much, other than that there had been a shooting next door and that police had the situation contained. “We don’t want to freak anyone out,” I was told. “Try not to talk about it and keep working as usual.”

It was the first of many times this past year that I was expected to act like nothing was wrong.

The “try not to talk about it” method failed. More than 200 customers and employees were crammed inside my workplace, the busiest technology store in the mall, at the time of the shooting. Phones pinged uncontrollably. Panic ensued as the mall was placed on lockdown. Customers were urged to shelter in place, and my store’s employees had to stay, per company policy. Cartoons played on break room TVs, and my managers arranged for food delivery. As the noise and chatter hit a crescendo, my anxiety skyrocketed.

The mall reopened that night, and management gave us a choice — we could stay or go home. Frustrated that anyone could shop after what happened, I opted to go home. I reached my car and felt the brutal slap of reality. I knew the Capital Gazette office was directly in front of our parking garage, but I didn’t grasp how gutted I’d feel the moment I saw flashing emergency lights in front of the building.

In a pickup truck near my car, two reporters typed on laptops in a makeshift office. They were Capital Gazette journalists Pat Ferguson and Chase Cook, reporting the news as it came. Their pain was tangible, and the full weight of the tragedy soaked into me like a sponge.

I still feel guilty claiming the pain, because society teaches us to accept mass shootings as normal.

I broke down sobbing as I drove home. But I felt guilty for crying. I hadn’t been in the building. I hadn’t lost my friends. I still had my life. While I went home to my family, the victims would not be returning to their loved ones. The gravity of the situation became too much to bear, and I bottled the shame until I broke.

My employer provided six counseling sessions, but that wasn’t enough. I started taking longer routes to get to work in order to avoid the memorials in front of the Capital Gazette. I broke down crying daily, and often woke up from chronic nightmares about being trapped at work and being shot. Annapolis mourned and memorialized. Public attention waned. So why couldn’t I move on?

My counselor diagnosed me with PTSD. Now, through a mixture of medication and talk therapy, I cope. But I’ll never be the same. I cannot go out in public alone anymore. I still feel guilty claiming the pain, because society teaches us to accept mass shootings as normal. The “don’t talk about it” mentality follows me to this day.

In a lot of ways, this mentality is ingrained in our country, too. According to the Gun Violence Archive, there have already been 190 mass shootings in 2019 so far. We are quick to send condolences, but we are still reluctant to pursue any course of preventative action. When reporter Selene San Felice, who survived the Capital Gazette shooting, asked for more than “thoughts and prayers,” she was publicly criticized by Sen. Marco Rubio (R-Fla.) for her choice of words. The message was clear: This is America, and this is our normal.

Five people lost their lives that day. Wendi Winters. Rebecca Smith. Gerald Fischman. John McNamara. Rob Hiaasen. They are names we should remember. While I was forced to pretend that nothing had happened, these people were killed less than 0.2 miles from me, for simply showing up to work. We owe it to those who died to talk about what happened and never let this be our normal.

Because of my PTSD, I may never get over the attack that day. But I’ll also never forget. When we normalize mass shootings, we are forced to ignore our humanity. I cannot stand back and forget about what happened the way society wants us to. As the Capital Gazette’s motto goes, we can and we must always use our voices to “press on.”