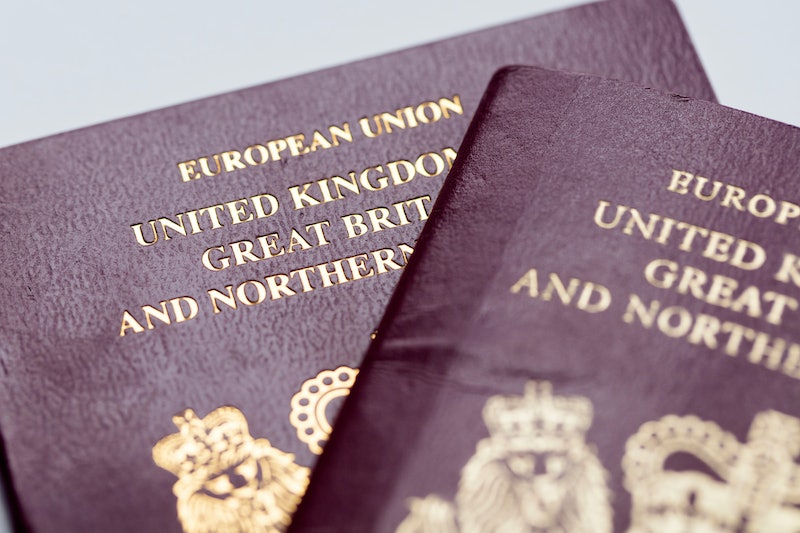 Campaigner Christie Elan-Cane will have the case they brought forward for gender-neutral passports herd in the Court of Appeal today (Dec. 3). Elan-Cane has been campaigning for over 25 years and wants people to have the option of putting “X” when asked for their gender on British passports. As it stands, in order to have a UK passport, you need to specify whether you are “male” or “female,” but for people who are non-binary, gender non-conforming, transgender, intersex, or simply do not feel represented by those labels, having another option would not only be affirming but potentially life changing.

In response to the case being heard by the Court of Appeal, Christie Elan-Cane said: "Legitimate identity is a fundamental human right but non-gendered people are treated as though we have no rights. It is unacceptable that someone who defines as neither male nor female is forced to declare an inappropriate gender in order to obtain a passport."

"The UK government has consistently and consciously shown a determined unwillingness to accommodate non-gendered people’s legitimate needs. We are socially invisible and we are ‘inconvenient’ in a society where so much — even the legislative system — is bound and classified in accordance to gender. The government prefers to respond to our situation as though we do not exist rather than work towards enabling our assimilation into gendered society."

In June 2018, Elan-Cane called the current UK passport process "inherently discriminatory" after losing their high court bid for gender-neutral passports. "I was not seeking special treatment. I was seeking to be treated as a human being," they said. During the hearing (which took place in April 2018), the Home Office made submissions to the court saying that the case should be dismissed in order to maintain a "administratively coherent system."

A representative of Clifford Chance, the law firm working with Elan-Cane on this case, today told the BBC:

"This case raises important questions regarding the right to respect for individuals' gender identity for those who do not identify exclusively as male or female, including members of the trans community, intersex people and those who identify as non-gendered. X passports are crucial to the protection of the human rights of this group of individuals."

In February of this year, model and writer Jamie Windust began a petition asking the government to allow people to identify outside of “male” and “female” on UK passports. The government responded by saying: “The Government recognises that an increasing number of people identify as non-binary. We will commission a Call for Evidence and will use the results to feed into future policy decisions."

More like this
Gen Z Are Twice As Likely To Identify As Queer, According To New Data
By Sam Ramsden
Pret & Costa’s Coffee Is The Strongest On The High Street, According To Which?
By Sam Ramsden
This Is When Netflix Is Going To Start Charging You For Sharing Passwords
By Darshita Goyal
Rita Ora Finally Opened Up About Marrying Taika Waititi & Their "Perfect" Wedding
By Sophie McEvoy and Catharina Cheung
Get The Very Best Of Bustle/UK
Sign up for Bustle UK's twice-weekly newsletter, featuring the latest must-watch TV, moving personal stories, and expert advice on the hottest viral buys.